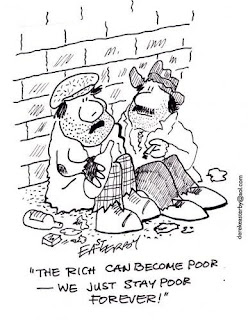 I'd like to dissect and talk about a list I used in my last army. Before I ran my current Chaos List(that is a future article) I ran with my Imperial Fist Army. The story behind this army was that I was a guard player and I had just happen to come across half a space marine army for free. SO I added a few models and ran with it. I could field totally about 2000 points at the max, and that was stretching it. I call it my poor mans marine army because I only had a few models and had to make it work. I did this pretty successfully. Here is the List I felt most comfortable running with this Marine Army.


Now Let me first say I won a FLGS Tournament with this list. My current record with it is 7-2-2(I don't run it that often). The original version of this list had a rhino instead of a RB with another combi-melta in there.

Simply enough I would stack the terminators and librarian inside of the Raider that would act as my Death Star Unit. Also my Bike Squad would move forward and start to pop enemy vehicles. I personally always have preferred bikes to speeders. I find that they are generally harder to kill, yet that is a matter of preference.

The two Tactical Squads would combat squad leaving 5guys with a melta/combi-melta inside the RB. The other 3 sets of combat squadded marines would Hold up inside of a building in the middle of my deployment zone sitting on an objective. I personally like to do this because it becomes a lot harder to shoot your opponent off of an objective when he has 3 separate units all claiming an objective. In the two objective missions I played in that tournament I never got shot off my objective. I would also have the Dread on the bottom level or off in in cover protecting the objective. It would sit with its lascannon and provide support and if my opponent got in close the flamer and close combat arm would do its work.

The RB would generally sit off a couple feet away and wait to either A.) Move on to another objective or contest late game B.) Move on to my objective if I got pushed off. Regardless it would also provide support fire.
Now the last component of this list is the Legion of the Damned. Why Legion exactly? Well the first reason was I didn't have enough points in models to tool out a list, So awhile before this tournament I decided to start running these guys. Now I really like this unit as well. Most people do not run them(I've only ever seen one other person run them before). Since no one ever runs them people generally get scared when they see them on the table(As is my experience). When this unit comes down and toasts one of your opponents units and then he trys and kills them and they start making some invulnerable saves his focus really does change. (I'll write a whole other article totally on the Legion).

Now I've tooled out my Legion specifically to accomplish a few different things. Their main purpose is to deepstrike (accurately because of their ability to re roll scatter) and come down next to my opponents objective. Then using the flamer (as well as a combi-flamer at larger points levels) as well as the plasma cannon and fry my opponent off that objective. Since they are relentless they can deepstrike and fire the plasma cannon. Then they just move on to and surround the objective with a plasma cannon shooting around causing havoc. I try and have them specifically go for an objective in the open because cover is useless to them(Unless I am playing Grey Knights of course). Generally your opponent will try and drop templates on that small group but that is a huge waste of time for them as they don't cause enough wounds to bypass your 3+ invulnerable. They really only die to torrents of fire. They also are decent in assault with the large amount of attacks they can dish out as well as their Sergeants WS of 5. Now in a killpoints mission they would just generally get in my opponents face and try and assassinate one of your opponents better elite units.

In Part 2 I'll discuss how each of the games went in that specific tournament and how I used this list to success. So more on this topic in the future...
Posted by Kevinmcd28 at 8:38 AM