How 6th Edition Psychic Powers will work:If rumor is true 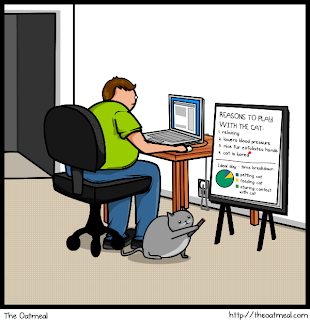 Hey all, as a fantasy and 40k player...but a true diehard 40k player I have experience in both fields to try and explain how fantasy magic could translate into the 40k psychic powers. realm and I say fear not!

I would be excited by this actually as magic is the coolest part of fantasy......yet I will say 2nd edition...and now....a phase probably will not work....

See it is not as random as you would think...there are ways to control it.

A Fantasy lore comes with 7 powers.....1 signiture and one one for each side of a dice...No matter what you when you roll you can ALWAYS downgrade to the signiture...so if this translates then you do have some control to fix it....basing an army around a signiture spell works very well...look at VC.

Also lets look at Grey Knights. Currently you can buy a power for 5 points...it is probable that they may make 6th edition like this in a way where you may only be a level 2 or 3 psycker yet can have a variety of powers...one extra for 5 points....so a theoretical level 4 psycher (actual level 2 since it can cast two a phase like GK) rolls four dice....ANY DOUBLES it can choose a power from the list....dont like one? downgrade it to the signiture spell....As a fantasy player I always need two spells for my level 4 necromancer...yet I liek agood 4...I ALWAYS get atleast 2 or 3 of these. Event hen the lores are so difersified it alows any level on synergy.....multiple casters...like librarians or rune priests means you can always almost count on getting the powers you want....Also since the rumor states there will be multiple "Lores" or psycher types this EXTREMELY aids those books that have crappy powers....it also lets you possibly get some nasty combos and adds a level of stradegy to the game....Say we get a couple "types" of psyckers and I take two...or even 3 or 4 if the rumor we get percentages holds up.....and take a couple super killy power lore guys and a couple buff styled or defensive style lore guys casting a ton of psychic powers....a good player can minimize the randomness and stillg et the effects they want...plus if they add any lore esque types of spychers to the new B?B then expect a lot more stuff like rerolls to hit or wound or reroll saves etc styled powers

This adds a whole new level of stradegy and synergy (and tactics) to a fairly basic part of the game!

So fear not, fear of change is ok but this is better than you think if it plays out like fantasy
Posted by Kevinmcd28 at 7:55 PM