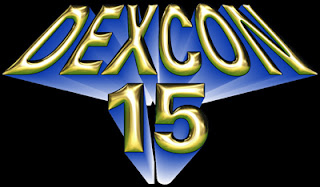 Hey all, normally summers are fairly dull in the northeast for 40k....its the long wait from the Colonial till the Nova Open for most players yet I really have no action until the attle for Salvation. Heck even the local RTT scene is dead. Summers are always pick up games only for me. So determined to get some action in I went sprawling through the store finder on the GW site until I found The Only Game in Town (TOGIT). While wandering through their site and their calender I stumbled upon a 40k GT being held! Holy hell how come I never heard of this thing before? It is at, from what I can tell, a larping and roll playing convention. I got this response from the head of "TOGIT"....keep in mind it is to be held on July 7th and 8th.

It is going to be a Warhammer 40K 5th Edition tournament with NOVA Rules. 2000 points. Maximum of 64 players will be allowed to pre-register for the event. I believe that it is planned for 6 rounds but that may be adjusted based on attendance if we get fewer than the 64 players, but that will be dealt with on the day of the tournament. We are looking at it taking place on both Saturday and Sunday to accommodate the 6 rounds.

If you want to pre-register for the event you should go to www.dexposure.com/dexcon15i.html and when you get to the coupon code section enter the code 40KGT151 to get the $10 discount on the Weekend or the complete badge.

Also if you aren't aware there is a Free to enter Team Space Marine Kill Team Challenge with $1000 in cash up for grabs on Friday Night where teams of 5 players fight it out to win.

Thats pretty sweet, 6 games for what comes down to $35! Good NOVA Prep AND that is probably the last weekend of 5th. What a way to send off the edition in style than with a GT in my own backyard. I will be pumping out a 2000 point list using my Shrike/20 Terminator list probably adding in a land Raider instead of razorbacks. So a GT in a month.....Hope to see some of you guys there!
Posted by Kevinmcd28 at 2:10 PM