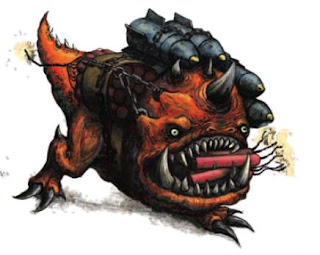 Hey all Kevin here to talk tournament mission format in 6th. So recently the Nova went down and we got the usual either you lvoe the format to death or you just dislike it. Yet there is one issue with it. It can be unbalanced to the point where one mission dominates (since it is in every single game therefor the tournament can be gamed) and therefore one army style will dominate. We saw this last year with kill points and this year Quarters seemed to take that title. With one hit or miss mission it is almost impossible not to game every following tournament with the same format (aka BFS for instance also using the Nova format with the same meta game as Nova).

So how do we create a good tournament mission in 6th? Well in my oppinion we hybridize the book and and nova format with a little bit of alternative thinking basing it around the current version of victory points.

First of all the following format can work two ways. You either use the victory points as battle points (which can create issues unless you cap it at a certain point) Or you do win/loss by having the guy with the most victory points game end be a straight winner with the loser being a straight loser. Realisticaly the win/loss version is the best system in my oppinion.

So we start off using straight deployments from the current rulebook. We also have a primary, secondary, and tertiary objectives each worth certain VP's in descending scale. Now using certain book missions with old names in parenthesis we lay out a game using

This way book purists are happy that we do not include such heresies such as table quarters while fans of the 3 mission format are happy as well. We have 3 seize ground objectives with the restriction they must be placed 12" from a EW objective and cannot be in a deployment zone, etc. The person that won the choosing table side roll gets to place the first objective always starting with the primary objectives being placed first followed by the secondary objectives last. We also give each mission a VP allotment for each objective scored. For each Primary OBJ scored you get 3 VP's, FOr each Secondary you get 2 VP's and for each Tertiary you get 1 VP. In this format, and to protect against KP denial advantage the tertiary will always be Purge the Alien (killpoints). contested Objectives in both EW and TC are worth no VP's. For purposes simplicity make sure each EW are one color while each crusade objective are another. So as an example if we use poker chips Crusade objectives can be yellow while Emperors Will objectives are red. This helps avoid confusion.

Also all 3 BGB bonus points are in play (Slay the Warlord, First Blood, and Linebreaker). Each of these are worth 1 VP each.

In this set up each EW objective is worth 3 VP's, Each Crusade Obj. is worth 2 VP's each as well. This gives us a total of  12 VP's from missions as well as 3 from bonus missions (As well as how many KP's you earned each being worth a VP). This lets many variables come into play when playing in this format. At the end of the game who ever has the most VP's wins. If there is a tie on Vp's (unlikely) whoever took the most list points (old victory points) wins. If you add up average percentage of each of the game's objectives completed for each mission you can create rankings and seedings for the next round.

Purge will always be the tertiary for obvious reasons yet the crusade and Emperors will can jockey for primary and secondary. Even Big Gunz Never tire can be brought in if you assign objectives the proper VP's for primary or secondary while you just make heavys one extra VP for Purge. By including Big Guns (to replace crusade in a scenerio) you have a solid 3 rounds worth of varied missions with a deployment to match and it would look like this

Round 3 - Dawn of War
Primary: Big Guns (3 VP's per objective)
Secondary: Emperors Will (2 VP's Per Objective)
Tertiary: Purge (1 VP per unit, 2 for each heavy)

Also by including Big Guns you balance out the issue of vehicles being completely useless for scoring or contesting in every mission making them less of a liability when creating a list.
This set up allows two 3 round days easily. Personally this is the format I would like to see at any event. I heard that a tournament in California used a similar format to this idea which is good. It also heavily gets influenced by the Nova and BAO styles. It combines a VP system with classic win/loss seeding events. Thanks for reading
Posted by Kevinmcd28 at 12:07 AM