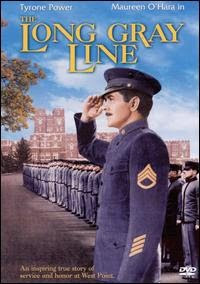 Here's an article I recently wrote and decided to post on the BoLS Lounge, its decided to move to my blog.

Hey I feel like writing a lot, so enjoy reading my ramblings
Today I’d like to talk about what I call the “Grey Line” of 40k. The “Grey Line” being the line stretching the spectrum between Assault and Firepower based armies. In reference to this line you should be able to dictate what style to play and, from there, formulate a plan to go about the game. Is this giving a two dimensional look to a multi-dimensional game with many variables?

Yet, basically, it’s the foundation of every strategy you ever used in 40k, simple topic right? Yet when you think about it this line is very important. Every Codex, every build, and every list can be placed somewhere along the line. This line is used in every aspect of the game from the meta-game to the tabletop. So erase the notion that there are many aspects to 40k and broaden your horizons. Every aspect of your army can be placed on this line. Even Mech and horde have a place on this line. Arguably the other 2 dimensions.

I generally think about this “Grey Line” right before I play an opponent and reference his army to my own on the line. Can I outgun him in any fashion or will I get blown to bits? Without this crucial thought before a game you can totally be driving on the wrong side of the road heading in the wrong direction.
And yes a truck will hit you head on…..or a woofle ball bat might hit you in the nuts, whichever you prefer.

Besides the point, unless Chuck Norris kissed your dice you probably won’t win. (most likely)

Lets think of this concept in this example. You bring your fancy new army to the store, let’s just say it’s a Khorne berserker/ defiler spam list for kicks, and you run into Joe Smith and his cheesy Assault Termy spam/shrike list. You think, “Well my Khorne Berserkers are effective assault troops” So you prime your army to charge across the table and smack some brightly colored people’s faces in. Well hold on their buddy think about this for an instant, he’s got 15 ***. Termies and shrike with a LRC and a couple RB’s with TL Heavy Bolters (Yes that list isn’t actually that competitive; just visualize this scenario with me for a second though. First person to win a tournament with TL Heavy Bolters only on their RB’s gets a high five!). Now other than those nice, cheap meltaguns in those RB’s his army is geared to club baby seals with some thunder hammer love. Your ‘Zerker army will probably be the metaphorical baby seals in this case.

My point is that if you visualized this line before you ran those poor sons of Khorne to their deaths you would have realized that your assault based army still had more Firepower than his Cheese filled Terminator army. Then you may have thought, “Well I’ll take 2nd turn and deploy in the corner, laying down some pie plates on his Termies before they reach me then counter assaulting with the ‘Zerkers to mop up. Now how unrealistic or realistic this scenario is my point can basically be taken from this scenario. The concrete foundation to any strategy can be found on this “grey line”. Simple concept really, who can deal out the most effective dakka and deal the most pain, or, “hey maybe my army should try to play more to the assault against this opponent since I can’t outshoot him”.
So think about your army, in comparison to the other codices out there. Which side of the line does your army lie on? Then think about stereotypical builds and place them around those codices and form sort of a bubble centered on this codex. This can also give you an idea of how a codex will play against another codex in reference to these “bubbles” on the line. Now when you come across a particular player or build you don’t recognize size up his army and place it on the line, formulate a strategy, and either throw that brick in his face or karate chop him in the spleen. You understand what I mean. (No rhyming intended)
Now that I got that off my chest, hopefully I can get some positive feedback, tell me If I should write some more!