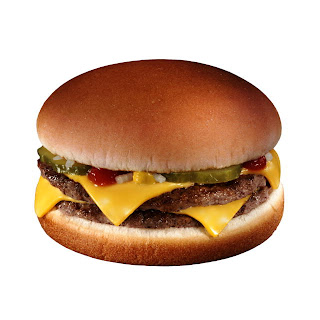 Ok so today while driving up to Rhode Island I was listening to the last Dice Like Thunder Podcast and decided to write this list. I was going to write two other posts but I didn’t get the time. So I would like to talk about the ‘Nilla ‘Rines ‘dex and if I were to create a new Army how I would create it. So here is the list I would use.

This list works out at exactly 2000 points. Now I know exactly what your thinking, why the hell would I include that bike command squad.
Now I like that squad. If it is used properly it can become one pain of a death star unit. Most people (aka everyone I know who uses it) uses it completely wrong. The nice thing about this list is that Shrike gives that unit fleet. If you want to run a similar list add another speeder and replace Shrike with a chaplain on a bike. Adding that to the biker unit gives you furious charge as well as all the other love Chaplains give a unit. It becomes a game of deciding Furious charge or fleet. For the Sake of the terminators I want fleet. Getting 3 separate units to have the ability to assault turn 1 (possibly) is pretty awesome (shrike infiltrates the biker squad forward then separates to assault another unit. All of this is of course on a good scenario. Simple list. Shrike, Termies and biker super squad run up and smack some faces in with the cheese bat and the razors, as well as Pred and Speeder/s, provide support while sitting on objectives. The bike squad adds some more turbo boosting quick melta to aid the termies and gang. I would use a LRC because this list lacks small arms fire. Marines excel at their torrent of fire weapons. They are a necessity in any game. This vehicle makes up for it.
Here is what makes this list great
1. Everyone loves fleeting assault terminators anyway, they are dangerously cheesy.
2. Super buffed up biker squads with thunder hammers, storm shields, and FNP that can assault between 18 inches. Also a relic blade and some melta action makes it very useful. Bikers with FNP/T5=cheese goodness
3. Shrike adds in his own assault/rending abilities for shits and giggles.

Ok so how to use that bike squad correctly….
First of all if you cannot get into assault first turn, or do not want to risk it. Just turbo boost up behind some LOS blocking terrain that will at least cut off half of your opponents shooting. It can be out of the way since you can assault great distances. Then using the Melta gun hit and assault transports as well as shooty enemy units. If it is in danger boost it out of there, don’t let it get bugged down on some attrition unit. Remember turbo boosting 24 inches can put you across the table quickly
So many players just move it 12 up, do not get into assault, and then have 500 points shot to death.

You’re not going to win the comp category with this list, but you will knock kittens around with a baseball bat. If anyone uses this list or the dual death star that is Super Bikes and Fleeting Termies please tell me how it goes. I might just shell out the cash for this.
More to come on this topic later…
(PS- My Camera broke 1 video into the batreps so Maybe one video with mostly pictures but more likely a written report on the two games. I’ll write it later)
Posted by Kevinmcd28 at 12:34 PM