40k Tactics: How to Play Any Space Marine Counter-Meta Army in the Current Game [Oppinion] 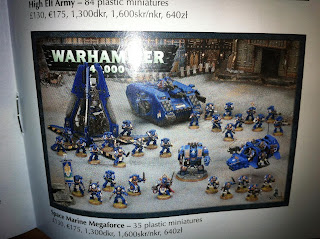 Hey all welcome to another discussion that has been coming up in a lot of my articles recently. It started with the Chaos Space Marine article update here and later I included some thoughts on the subject in my Land Raider article here. With Grey Knights taking the top seat in competitive play the older marine books need to compensate. For the purpose of argueing I am gonna be talking about Black Templar, Chaos Marines, and Codex Mrines in this post. It is of my oppinion that a defensive LAnd Raider build is one of the toughest anti-meta game lists that can currently be run as GK tend to lack a good way to compitently get rid of AV14 and most armies, exception to this rule being Dark Eldar which is the scissor to this paper, have a hard time of getting rid of AV14 when it is used as a defensive bunker instead of as an assault vehcicle. I have run lists like the following since GK has been incepted with a great degree of success. If you refer back to my chaos article I have had two straight 2nd place results with a duel defensive Land Raider build. So it is of my oppinion that building a list around a couple of Land Raider ment to hold scoring units on objectives, while providing fire support in the form of anti-tank shooting, is vital to throwing a monkey wrench into the machine that is the current meta. Lets start off with your basic build....using lets say Codex: Marines.....

We need to start off the army with someviable shooting....unfortunatly we lack the mroe efficient ability for small 5 man squads to take cheap lascannons like BLack Templar.....I am a fan of combos so our current choices include small 5 man RB squads or 5 man scout teams with cloaks, snipers and a missile launcher.....I always tend to run a mix so lets say for now a 2x2 mix is good for our troop support. A scout squad with the above profile is 100 points on the dot per unit. A 5 man razorback squad with a TL Lascannon is 165 points per unit....so we take two of each....now you cannot get a reliable ammount of spammed out S8 shooting from a basic marines dex cheaply. So I tend to run with an above average ammount of lascannons to promote more efficient shooting....From thier on out lets take 2 75 point cheap scout squads to hide inside of the two Land Raiders that each cost 260 points with a multi melta. From here we need a good counter to the all so common assault land raider...I am a fan of multi melta attack bikes but speeders work...a unit of two bikes costs 100 more points. From here we need a good counter assault unit to hide amongst the Land Raiders to jump out just in case our opponent decides to assault us....a terminator librarian with a storm shield for 140 points and a Termie assault squad for 200 points fills this gap...At this point it tends to be all filler. I like to add twin linked lascannons to add efficiency on dreadnoughts with flamers attached to the DCCW for added anti horde as well as mech and a good unit to tie up enemies making a move on your bunkers. Another temie added in as well as some cloaks or a missile or two on the extra scout squads rounds this army up to a nice 1850.

Black Templar can run a more efficient version of this list with their 95 point 5 man crusader squads with pistols and ccw's with a lascannon....with some basic crusaders to hide inside of the Land Raiders. This combined with the emerpors champion and a reclusiarch in a terminator squad handing out preferred enemy and furious charge as an even more effective combat unit. They also can have regular termies with a couple cyclones and tank hunters effectively giving you 4 S9 shots from an 2+ save unit.....

As long as you elimate any Storm Ravens, or other random melta, in the GK army this runs very well against the GK armies of today, as well as many other armies that have a problem of getting rid of AV14 at a range. This type of army tends to be weak against Dark Eldar and Tau but both tend to be more rare, atleast in my area, as a matchup these days. Now this is all in my current style and I tend to run the lists above, with a few changes, very effectively and I believe you can too. So dust of your favorite vanilla flavored dex and go searching in a dig site for those fossils, Black Templar and Chaos Marines, of a codex...more on this later....oppinions welcomed
Posted by Kevinmcd28 at 1:53 PM