Hey all Kevin here, my very witty, articulate, and funny 40k buddy Marcus from The Tuxedo Fex wrote a post (probably with a few beers mixed in the middle) for me to throw up on the blog on rules lawyers and what he thinks of them.....just as a warning its a little EXPLICIT...so enjoy.... 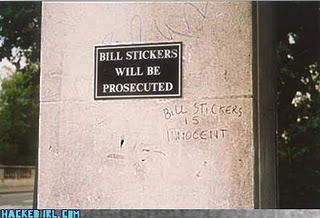 Lawyers, as a whole, are total disreputable assholes.