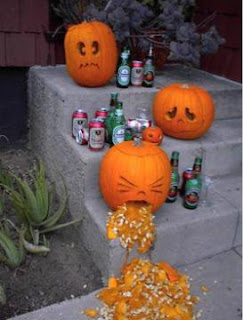 So last week I went to buy my Colonial GT ticket for 40k and sadly it had just closed that day. So when I got an email saying it would open back up for some slots I got kind of excited yet I was on a buisness trip so I had to wait a day before I could buy my ticket. I went online to get it and only saw fantasy was available....now I had thoughts of playing 40k at this event but I have been drawn to fantasy ever since I got back into 40k. I finally indulged and purchased my fantasy ticket.....so whats the problem?

I have never actually played a game of fantasy in my life....ever.

Yet I will admit I have been slowly building a VC army for about a year now, and immediatly jumped on buying that codex as soon as whispers were out and about the web.... Let me say I love the book (look for a readers review later....after I actually play some games)

Now the one reason I feel intimidated is not that I have not played a game before. I have played 40k for over a decade and competitively for years now with multiple tournament wins. The mechanics are similar and I have read all the rules multiple times and watched many games of it played. I have a good understanding of the mechanics and tactics of fantasy. I actually like how fantasy is palyed a lot more than 40k, I have just played 40k a lot and my home base has less fantasy players than a hill billy has teeth. Heck I just met one guy who plays....probably won't see him again. Out of the Colonials 3 VC players last year they all finished 1st, 6th, and 8th......thats a pretty high honor role. Honestly I know VC kind of got a lot of haters with the last book as it was fairly OP. I am not a bandwagon jumper for the new book either as Ive always loved this army. Anyway the new book is following a nice trend of the 8th fantasy books all being fairly balanced (Ogres are in review for slightly beardy)

Anyway fantasy is my new crack.....and i love the new range with the tactics it presents. The only issue is I am loking at painting 200+ models in the next 2 months (GRIPE#1)...now I like painting skeletons and zombies since I am a halloween nut but damnnnnnnnn.....thats a little much for me. It was my primary reason I wasn't gonna play fantasy at the Colonial this year with thoughts of it last year. Anyway heres an early draft of my list....I am open to suggestions and critique of it but I lvoe the synergy of the special wargear, vampiric powers, and model abilities mixed with the vampire lore to give this army an almost warmachine style buffs system.....explanation as followed

Now the MN is my vamp lore guy, he is there for all that goodness at a wayyyyy lower cost than a LVL 4 lord. He hides with the skeletons boosting all the units nearby. Also in the unit is the LVL 1 vamp with the book of arkhan for vanhels shananigans and also a dedicated invoc caster as he will almost always drop his rolled spell for the signiture.

My core comes with 40 skelies and two units of ghouls....now I know ghouls are not as coola s large skelie blocks these days but they are good flank hitters as I ride them along my flanks. The skelies get boosted from invo at the start since my master necro has master of the dead and can boost them beyond starting size....by the time im in combat they will be around 55 strong.

Now for rare you see me rocking the Mortis engine....it boosts my magic rolls with +2 which is good since vamps live and die in the magic phase....also it is a huge threat to my opponent as the longer it lives the stronger it gets....It will also give my necessarilly compact army all regen for the most part as well as lashing out with attacks from banshee screams, its built in aura, and its ghost horde if in combat....all together I couldn't deny it entry being only 240 points....it hides behind my two main blocks dead center for maximum coverage....I also have a small wraith unit.....why? Well for one I love the oop models for them and grim reaper-esqueness (I know that is not a word). It is a nice redirecting unit/flank hitter that hits with a strong ethereal punch.

The last part of my list is a unit a lot of people do not see as worth it....and I agree they are a huge liability with a single fireball wasting the unit without a save easy.....but I love the models for them and think they can be protected easily.....see the hexwraith unit I will hide on my right flank behind my blocks of infantry so when I get into combat they can use thier march move, and vanhals....to go through my unit and my opponents block (ghostly evil attacks while I move through) then reposition for a rear charge next turn....all in all I like the idea...so my army looks like this advancing forward....farily balanced and strong with magic

All in all it is a fairly solid army IMHO....a lot of buffs and neat little shenanigans with some cool ethereal elements mixed in with all being legal for the tournament. PErsonally I am excited (except for painting 10 models a day almost every day for 2 months)