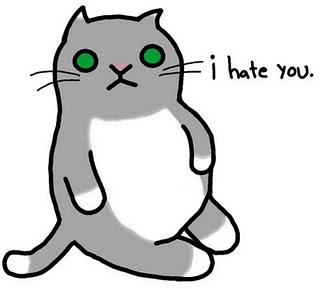 Hey all, sorry about a lack of non-posting (if you actually read me consistently). Work and school have kept myself from gaming with nothing to comment on. Yet I have a fairly signifigant topic to talk about today. It happens to do with the great resource we all have which is the internet. More specifically I am talking about battle reports. Since the internet is a way for us joes/janes to get a point across without any face to face restitution. I am here to comment on rules correcting on battle reports and videos all across the web.

Now when it comes to 40k I generally have a fairly commanding knowledge of the game, yet as a human I do get rules wrong from time to time. Heck I wrote an article about some jerk getting a rule wrong awhile back and really I was just wrong all the time. I try to be humble so I admit wrong at these times yet as a signifigant issue is this a case?

Awhile back I was commenting on a BTP video correcting Shawn on a simple rule he got wrong and I had some guy start internet raging against myself telling me that I was everything he hated and wished I would die. Now Shawn stated in many videos before to correct him on the issues so he would play a better game to help advertise. I also, in my attempt to get better, welcome all critics on rules I get wrong since I would rather get things right rather than wrong.

Yet I do have to state, sometimes it can get out of hand...for gods sake people we are playing with toys....

So I am here to state we should correct each other when wrong, yet we need to be civil. I hold nothing against any haters on myself getting rules wrongs, or people hating me for correcting, or sometimes incorrectly correcting, my fellow colleages online. We should all be civil and correct problems yet it does not need to be an emotional matter....now as for players that get corrected and then get mad at those correcting them and refuse to play the game correctly I will admit to having an issue with. (One time I met a guy stating he refused to let anyone play his chaos space marines without letting him use his storm raven since he didn't like how the rules worked and did not care)

We also run into players who get stubborn in tournament play. I am always glad to get corrected at tournaments. Some players get angry and toss dice then refuse to play and bomb you on sportsmanship. Now there is a fine line from rules lawyering and correcting. Basic rules corrections shown in faq's or the brb need to be embraced without emotional anger and outbursts.....yet we shall always face this problem.....what should we do interwebs....help our fellow gamer, in a non douchebag way of course but in a reasonable adult way, or let ignorance be bliss? An issue with many sides, thanks for reading m8's
Posted by Kevinmcd28 at 9:47 PM