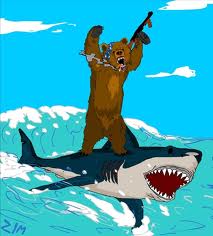 Hey all Kevin here to continue a general looking over of the codex field to better understand what we face from in each book in 6th edition and today we face an army that got massive boosts. This is the Eldar codex....so what got so good?

Well you cannot hood the big three eldar powers....so unless shadows of the warp, other eldar players, or space wolves are across from you chances are Eldar is jumping around behind a scary unit with his tongue out and his hands behind his ears. Also with changes in a myriad of rules 2+ saves got ridiculous...2+ rerollable got horribly broken. Yes this existed in 5th edition yet you didn't keep taking saves on one model until it died in that edition...now you do leaving the rest of the squad unscathed when previously the guy with the 2+ save was the only model left in the unit. Fortune is now one of the strongest abilities in the game hands down.....the fact that doom and guide are harder to block also makes them better..... So Eldrad is an obvious pick...but is any other HQ? Well if we are planning on abusing fortune we might as well make a death star, so a 2+ save that I can reroll is what we need....so running through the phoenix lords there is one obvious pick, karandras....he has 3 wounds, a 2+ save, stealth, and eternal warrior....and he is a combat beast....obvious pick.

So what unit do we use as our death star? Well banshees could work but the invulnerable saves and general quick movement of the harlequins is what we need. They also have rending which is more useful than a power weapon from other units.....also fusion pistols and ignoring cover is nice.....we should have a full unit with kisses, including that awesome death jester, shadowseer for veil of tears (zing! we have stealth and shrouding, with fortune and ignoring cover for movement we just hop from cover to cover getting awesome rerollable super cover saves), and the troupe master......with eldrad and karandras this unit is almost unkillable so how long can you avoid the harliestar?

What else do we need? Well not much as that harliestar can win the game by itself (figuritively)...well two small three bike untis of guardian jetbikes to hide and then score....why not add in a unit of dire avengers or two for some shooting support.....troops to score objectives but nothing else....

The last, and best, heavy choice we can take right now is the war walker squadron with six scatter lasers....three units of these are fairly cheap and with the way the game is moving the scatter lasers are more useful than ever...so what does this list look like at only 1500 points?

For 1500 and eldar that is a lot....fire support for the harlies to get up and in your face and there is not much you can do at that point....late game objective scoring in tow

Allies really are not needed...dark eldar troops could be useful but thats it.....and honestly I believe the whole shadowfield with fortune thing is illegal. It says eldar units not dark eldar.....they would have FAQ'd it since it is being book specific...but it needs an faq and I would not try it...plus it really isn't needed.....

(thanks for reading and comment on what you think Eldar players will take...also please subscribe to the blog to be eligible for future giveaways)
Posted by Kevinmcd28 at 6:53 AM