The new "Meta Game" starting to open up and Form: Editorial on what armies are showing up at tournaments I have seen 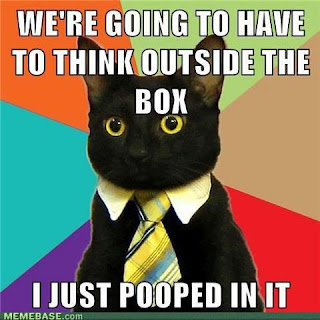 Hey all, just got back from a tournament yesterday at Game On! in Warwick, RI. A place where the tournament scene is always a bunch of really good competitors and some GT regulars. It was a good showing and I ended up about 4th overall out of the 14 in attendance with my thunderfire cannon/sternguard w/ biker command squad and Ezekiel Dark Angel allies. List worked great but I will talk more about the tournament somewhere else. The local tournament scene, with its great quality of players, tends to show most of the power builds of any day. Yesterday saw some fairly powerful lists show up in what seems to be the meta from all of my experiences in the edition so far. So these were the lists that showed up

First was mine and Ive gone over what I see works, thunderfire cannons, sterngaurd, libies.  I also knew that there was always a heavy storm raven and flyer presence at the game store in the last edition. So when I showed up I was not surprised to see at least a dozen flyer's and flying MC's so I brought a Storm Talon I got the other day just for the occaison. Now I got lucky and snaked through the tournament without another flyer but as long as skyfire is not around flyer's will be tough to kill. I did take a small 5 man sternguard unit with two lascannons (since it is cheaper than 5 devistators with two lascannons for some silly reason) yet except for an ork opponent (in which I really did not even need them) they did nothing almost the entire tournament yet be body guards for Ezekiel. My multi melta attack bikes did most of the damage in any case or also my storm talon, which did work out in most games).

The basic makeup of most of my lists so far. Yet other than mine there were at the least two other Sternguard spam armies, both of which I played. Sternguard got very good in this edition with an emphasis on infantry being the main makeup of most armies while the special ammunition being good at killing all forms of enemies. Now both of these opponents, as well as my own sternguard, were all in pods. Drop pods were popular at this tournament filled almost always to the brim with guys.

We did have a so called "Daemon flying circus Army" as I would expect every once in awhile now, especially with the daemon update. Interestingly a Skyshield landing pad was taken with this army. This makes sense since they were able to deepstrike accurately on the pad and almost all of them benefited from the 4++ invulnerable save (since daemons now almost always have a 5++). It was also a nicely modeled daemon summoning platform. Now I have heard around the web of multiple players using a similar concept and it worked out fine for the player in question except when he ran into one of the pod sternguard players with null zone.

Another seemingly popular build that showed up was Bill, one of our local GT regulars and a great guy/player, had a Nob bikerz list with Imperial Guard. Now this is a deadly combo as he had a dakka jet, I believe, as well as one or two vendettas. The rest of his army was a chimera spam. He tabled two of his opponents quickly while he did managed to get tabled by a Tau player. There was another Ork list with loota spam and meganobz. I played this player and nearly tabled him getting just 2 points off the maximum.

Now a Tau player did show up and managed to be on the top table round three against a Draigo Wing army. Surprisingly the Tau player won the tournament, I believe his first overall win which is exciting for him as well as tau players. Now Tau did get a heck of a lot better in this edition with the addition of allies and overwatch (especially overwatch). Now I believe he did not use allies but tau are popping into every tournament I have been to so far. With the overall win against a very tough Draigo wing army Tau are back.

The TO did bring a power build to be a ringer, in which he had to play. He had a beautifully painted blood angel force with IG (vendetta) allies. I believe he did win both of the games he had to stand in and play but all together a nice build. There was also at least one other Blood Angel player and one Traitor guard player both of which I believe did not place int he top half.

There was one necron player yet I did not get a good look at his list but it looked like it had a couple arks and a doom scythe.

Basically what I can take from this tournament that other than a few cases vehicles seem to be gone. My one good anti tank shooting unit was almost useless. If you do see marines and they cannot take a storm raven pod sternguard seem to be the most popular build. Drop pod armies in general are a popular build at every event I have been to, watched, or played at. Nob bikerz are the kings of orks and make great allies. IG is OP (in my opinion). Flyers were in almost half the lists while fortifications popped up in with about a 1/3 of the lists. Daemon flying circus will be around as well as Tau. These two seem like the dark horse tournament contenders so keep an eye on them. All around almost every army seems to be viable. There was a Black Templar player there as well but they seemed to take a hit. Now I have played two games against BT in this edition and they are not that bad with a drop pod build yet it is tough. Strangely no Space Wolves there, even with a couple known SW players in attendance playing other codices, yet I expect Logan wing in pods to be a very popular build.

So until CSM and Da this is what I expect to see. Thanks for reading :)
Posted by Kevinmcd28 at 7:31 AM