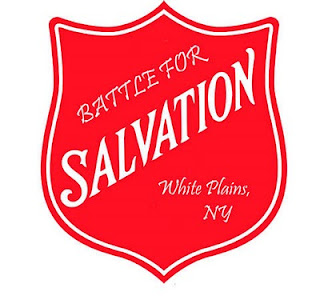 Hey all, just got back into the hotel room so I thought I would post some stuff down before I forgot it. I went 2-1 today first of all and I will talk about my games at the end. 62 players total with a lot of top tier players in attendance. I was 2-0 after round one and drew none other than Neil of the 11th company round 3. that was a crazy game and I will talk about it last. But first what people want to know. (I will only post things I know)

So quite a few early upsets in the day. The players I know about undefeated about after round 3 and will be in the top bracket are Neil Geilstrap, and Tony Kopach. The rest I am not sure about yet I believe Andrew Gonyo is undefeated as well. Alex Fennel got beat round one and round two saw Mike Brandt lose as well in a surprising turn of events as well as a few other typical top table players. I will post a more accurate description in a day or two

overall an interesting meta. Neil has the most flyers overall with 5. No one else has more than 3 and most armies with a flyer have one or two. Neil has the only Cron Air army. A very large mox with almost exclusively horde armies and very few transports.

So for my games round one saw me play Haemonculi Coven Dark Eldar and I won a decsisive 11-2 int he primary of kill points. round two I played an Ork player and I won every mission by having 3/4 of my army still hanging around while I tabled my opponent by all but two lonely ork boys.

Now Round 3 was a thriller. I played Neil with Quarters as primary, Objectives as secondary and KP tertiary. All game if you looked at our table it looked like Neil was wrecking me. Yet a few good tactical decisions kept me in the game. I had sacraficed my sternguard to tie up his wraiths until my biker command squad got stuck in and won a very long combat without losing a model. My Storm talon took out his Chaos Marines (yes he had 5 chaos marines and a lash prince as allies). So I went hunting for QRTR scoring units. At turn 5 I had QRTRS won 3-1 with my biker rune priest in one corner with a 2+ save with also a lone wolf in termie armor in the same corner. My biker captain with artificer armor hiding in the opposite corner and my biker command squad in my own corner with some tactical marines and my thunderfire cannon. so I had him stuck with hard decisions to make. all I had to do was make a few saves and I would somehow pull out a win from nowhere. Neil had to try and contest corners which took him about 20 minutes to try and find out how (haha) and win by grabbing two objectives to my one.  Yet luck decided to turn against me so my lone wolf failed 2 saves and 2 FNP's instantly and my rune priest with full wounds died after 5 rolls... (ugh). Then in a scene of most epic fail I try and knock him off objectives by killing all but one warrior on one objective and in a scene of just plain fail I had one wound left on my captain with a 2+ save. Since he was entering terrain I had to roll a dangerous terrain check, so I roll a one. I think (ugh well Ill make my save) and I roll a 1 for my save! In an extremely anti climactic finish Neil and I burst out in laughter and I throw that dice at the wall while laughing. The game went on but he won in a just plain silly twist. By far one of the best 40k games I have ever played in. It made the entire weekend worth it.

Honestly it was my goal to go 2-1 and losing an epic game I almost won against Neil in the final round of day one was just plain cool. Its like at thanksgiving when you were a kid and you got promoted to the adult table ...kind of cool. anyway I will get back with day 2 round ups sometime in the next couple days! more on this later....
Posted by Kevinmcd28 at 7:50 PM