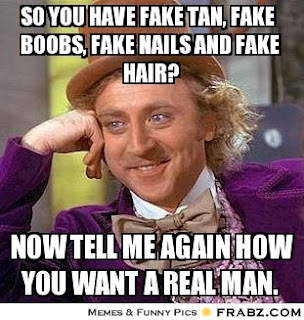 Hey all, now I am a bargain hunter personally and am basically forced by GW to only get OOP models off ebay for a spoon full of dirt in order to play new units or armies. So I tended to have participated in ebaying quite a bit. After going to a friend of mines house the other day to play 40k he pinted out something I myself have noticed a few times over the years

Ebay has a quite a few fake models on it.

What do I mean by fake? Well my personal favorite was when I found someone selling something similar to this on ebay

Now it wasnt the guy who invented that particular cardstock model which is pretty nifty really. But why would I pay full/near retail for a paper model?

But this isn't even what my main gripe is. The friend in question had bought some forge world items at a discount on ebay only to find out when he got them that they were recasted in resin. aka someone made a mold, made a bunch of copies, and then sold them on ebay as the real thing.

These had much less detail than the normal forgeworld models

now I like a bargain myself but the real issue is people are selling them as if they are the real deal. People dont often buy forgeworld so I wonder how many plyers get sub-par products and never realize it. I guess its the fact they were sold as legit which is he issue.

So what are your thoughts on the fake model market?