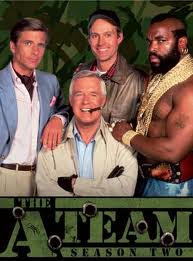 Ok Guys and Gals if you do not already know OSDD is hosting the 1st New England Gaming Clubs Cup at TempleCon 2011 in Febuary. Each team is gonna be made up of a 4 player team and battle it out mini ETC style. So this weekend the club I am in, The Ocean State Dice Devils, is hosting our Club qualifier tournament. Now if you have a club and wish to field a team I highly suggest this is how you get your team. Now since our club is split between days people can play we decided to split the card with having essentially a multi day tournament. There will be a tournament on saturday and sunday with the top (3 I believe) players from each day meeting in a future tournament to decide the team. Remember that your team's members need to be registered for TempleCon itself and then registered for the event. Right now it looks like besides OSDD that "Southern New England Gamers", and "Battle For Salvation" as well as 2 others I believe already have verbally committed a team to the event so remember to get registered and sign up. Every club that can field a team and is willing to go please sign up we still have a few open slots uncommitted to. Now I am playing in our clubs saturday qualifier and am running a Razorspam list I am borrowing from my clubs head, Tera (Melon_head as seen online).

Now I highly doubt I am gonna play this in the actual Templecon Team Tournament, if I do actually advance to the All-Star OSDD team. Now here is the list I am running (this is based on models that I can use so no crit please)

Hopefully Ill make the final qualifier round, I believe Ill need atleast 2 wins out of 3 to make it. It will be hard but if I play right I think I can do it. (Little Engine that could remake? lol) Ill make BatReps of atleast one or 2 of the games since I have my camera now. Lets see how the Razor works for me.....more on this later.
Posted by Kevinmcd28 at 1:06 PM