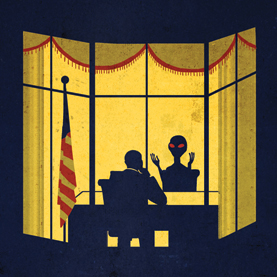 So I went into my first Fantasy tournament (2nd-4th fantasy real games ever) this past weekend at Game On. We have a relatively small fantasy community but it is almost hall hardcore veteran players that have been playing this game almost as long as Ive lived.

Game one saw me play Tomb Kings, He had a standard list with 8 chariots, a prince, 30ish Tomb Guard, a unit of skeleton archers, war sphinx, outflanking skellie archer cavalry and a liche priest. I deployed around a building in my deployment zone and advanced up putting my zombies in front of his chariots and tomb guard hoping he would take the bait and he did. He wrecked my zombies but left me to flank them with horde ghouls with rerolls to hit from vanhels. My zombies just tied his tomb guard up all game. I destroyed his chariots and blitzed the rest of his army so without his deathstar units they would all crumble. I ended up winning with 1100+ VP's to his 300+....woohoo first fantasy victory in my second game...and it was in a tournament.

Next game I was set up against a veteran player of 17 years and his vampire counts army he has had since 5th edition. He came with two untis of zombies around the same size as mine. a horde unit of 30 ghouls. a corpse cart. two units of 8 crypt horrors as his hammer untis. a vamp lord on a hellstead. His list seemed to be based off of the horros and zombies holding and eating stuff. We played a wierd mission using diagonal deployment and 3 counters in the middle each being worth 300 vp's.....It ended up that none of them counted anyway so it was straight V'P's Lets just say in this game my magic was hot and he didnt make any rolls. I got off Invocation a lot tripleing the size of my zombie units before they got into combat and my master necromancer had a large building he hid in from which to cast from. I hit his front and my army just crumbled his winning every combat while my spirit host, and hexwraiths held in place his corpse cart, lord, and a bunch of other stuff in his backfield. I ended up winning th egame without actually losing a model (well i lost 3 ghouls and 5 zombies but they healed) I also gained 140 zombies in the process....so a 2300-0 win for me.....never expect that to happen again

Round 3 saw me against the local Champion David with his Vampire counts.He had varghiests, a horde unit of ghouls, a bunch of heroes. some skelies some crypt horrors, and hexwraiths. The game was the watchtower and he was very tense and seemingly unfriendly. I held the watchtower almost the entire game but he took it with his ghouls and managed to tie up my army.I misplaced my ghouls late int he day and I screwed myself only wracking up 400ish VP's for myself.

In the end with my huge Game 2 total I came in 2nd on the day by 300 vp's (wierd tournament with vp's determineing the final)...Still a cool ending for my first fantasy tournament. It made me change my list to include a couple units of zombies instead of just one....colonial this weekend ill talk more about that later tonight with my final list....
Posted by Kevinmcd28 at 10:42 AM