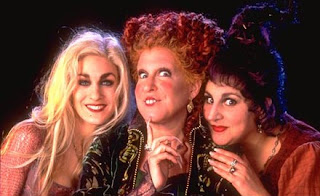 Hey all Kevin here to go voer my favorate codex, Vanilla Space Marines, and their psychic powers that you can use. I am going over them now so late in 5th because rumors that psychic powers wil change in 6th. Actually I do not mind the rumored changes because I play 8th Fantasy and know magic power selection can be gamed. We also have rumors that the force Org. Chart will be replaced with percentages. This is probably the biggest change to the structure of armies we see since it allows us to really spam out some psychers since they tend to be taken for 150 or less points. In fantasy you can spend up to 25% on lords (super HQ's) and another 25% on heros (lesser hq's). Now Fantasy is a lot more dependant on awesome lords and heroes. So if I were to be a betting man we will not get 50% allowance on HQ's, instead it will be around 30% (but I would not rule out 25 or 35 as wildcad allowances). It is the hardest force org allowance to guess since it is the only one without an equivelent or something close to that.

Anyway lets say it is 30% so in a 2000 point game we have 600 points we can spend on HQ choices. This leaves myself easy room to fit in Kayvaan Shrike, for fleet, at 195 points as well as two librarians. Sicne we are looking at the ability to take multiple psychers, as well as the possibility for multiple psycher types, I have a feeling two cheap librarians are gonna be a staple in my army. I also like my teleportation tactic using shrike, pods, large squads of assault terminators to get in my opponents face turn one. If assault truly becomes as nasty as back in the good ole days again like as rumored a heavy hammer list will be my thing. Also even with rolling for psychic powers you can game this by having your psychers have many psychic powers (like GK) and you roll looking for the powers you need you keep, make doubles the other ones you need, and work a way to have the signiture psychic power be useful and always downgrade the crappy power you rolled to the signiture..... Anyway since we do not know what the main rulebook (B?B) common psycher types will be then I will go over Space Marine Psychic powers. Ill be doing them in order from Army Builder not usefulness....

Probably one of the least seen, but also useful, powers available it is only really useful if it is built into a plan and using a Epistolary to be able to use two powers in one turn. It alows a 5+ invulnerable save to the librarian and any unit the librarian is with. This can be used to teleport to another objective in the open and try and batten down the hatches to try and pull out a win. Now with 5th edition haveing 4+ cover this is not that useful since a 5+ invulnerable save is nothing all that special. With rumors having 6th edition at 5+ cover then this power becomes a little more useful. Also since it only effects the librarian and the unit he is with, and not an aura like SoS in the BA book it is not as useful or used....Yet it still effects the unit you are with which can be useful for a large scoring unit.

Ok Machine curse is a psychic shooting attack, which immediatly is not as good as a non-shooting attack, that causes an auto glancing hit on a vehicle. Now if this was more like haywire grenades it might garner a little more use since it could penetrate....but it still gets overshadowed by many other powers. Yet I still do not have to say how nice it is to get an auto glance at something like a vindicator or a land raider since stoping its shooting, movement, or both for atleast a turn is very nice.....With 6th edition having hull points that extra glance is always a little more useful sice it could wreck a vehicle....so this power will only be more useful, but probably not used as much.

The librarian counts as S6 and gets 2d6 for Armor penetration. Now as nice as this sounds it sitll is onyl the librarian and that is 3 S6 attacks that average roll a 13 for the penetration roll....so not good enough for a land Raider.....yet as all of the psychic powers tend to be it is not all that bad. Still it can help force a vehicle down but it leaves whatever is inside to beat your librarians face in since he is up front and available for a favorable assault matchup for your opponent.

Probably the most used power int he marine codex it did take a hit once the ruleing came out on the actual meaning of game turn-vs-player turn...This nerfed out the ability to force rerolled saves in your opponents turn which hurts and makes no sense. Making an opponent, like TH/SS termies or a seer council, reroll passed saves is tremendously useful and does not need to be talked about too much. It loses a star because of it not working in your opponents turn although....

Making any unit Initiative 10 and have fleet is extremely useful. You cast this in the shooting phase also which means if it fails you couldve moved into a position and solf your libie out so hes now out in the open. It also only effects the librarian so any unit hes with would slow him down. Both of these facts combined nerfs this power and makes it probably one of the worst in the book....or atleast the least useful.

Smite is a very misleading power. From up front is looks like a typical psychic shooting attack (just like fantasy)...But it is AP2...so if this goes off you get four S4 AP2 shots....yet  you still need to hit.....Good rolling with this power is huge since you can technically nerf a unit of terminators with this power. Yet since it is only S4 vs Common T4 and the ammount of shots is mediocre even with hitting on 3's so it is not as seen as much as the other ones. Still with AP-2 it is still sort of useful...

Probably one of my favorite powers in the book it is a S5 AP-3 flamer template........An AP3 heavy flamer is massively useful since it is the magic level of AP3...hits automatically with a probably high ammount of attacks wounding on 3's and ignoring space marine armor saves and cover saves. I use this in combination with Gate to teleport near an enemy unit in power armor and toast them off an objective (if an episolary) or as a way to burn an enemy unit while coming out of a land raider. Also in combo with normal termies with heavy flamers this power can have an effective punch.

My other favorite space marine power, and a must take these days, is Gate of Infinity. It alows you to take the librarian, and any attached unti off the table and put them wherever you want, as if deepstriking. If you roll any double, even with a hit, on the scatter you do lose a guy but that is not that bad. This alows you to get a unit out of a tought spot in order to avoid giving up KP's and it alows you to jump to contest or take objectives. As a useful trick I learned up in RI at tournaments, since it coutns as deep striking, you take pods with locator beacons to get the unit to not scatter. This way you can jump a unit, like assault terminators, in your opponents fave turn one. this power has won me many a game (without the trick just stated) and will always be a cornerstone of space marine psychic powers....and it is unique to the booka s well I believe. (not counting veil)

Besides quickening, this takes the highest crap level of powers n the book. What is bad about a S10 AP1 blast you ask? Well its because every single player I have met using this they have failed to notice one simple fact....it counts as a heavy weapon. Meaning you cannot use it if you move (although I beleive if you are interminator armor you are relentless and can). I know a lot of guys that like to take this but it scatters almost always off anything useful. You cannot move and shoot it, and if you fail the psychic test you get that small blast circled on your head. I believe I used this once and it did nothing for me so I never use it. I also would say it could be useful if you sit it back in your deployment zone to try and punk a deepstriking unit or a vehiucle rolling up on you....but still not as useful as it could be but in the hgihly unlikeyl situation it can be ok....still I give it one of the lowest ratings....


So all in all I always take Gate of infinity with the Avenger or Null Zone......Always. Even with rolling I plan on taking as many psychic powers per librarian as I can to be able to get these three powers.....if anything smite will be the signiture power and I am ot sure how they will distribute the rest.....Still even though vanilla marines do not have the best psychic powers they are middle of the road atleast and can bevery useful...more on this later....
Posted by Kevinmcd28 at 12:54 PM