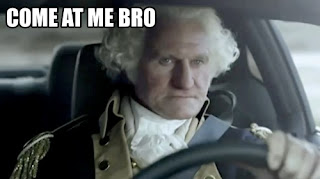 Hey all Kevin here to talk about the pros and cons of vehicles in the new edition. Yet I will stress I do think vehicles can still be useful but in a very limited fashion and role (like manticores and hydras in the back field)....ok on to the cons

1. Psychic Powers do not work: So if you haven't noticed yet the book psychic powers, telepethy and divination in specific, are all kind of good BUT you may not have noticed that maledictions and blessings MUST be done at the start of the movement phase. So if you start a turn with a unit inside of a vehicle you cannot target them with a psychic powers....and if you are inside of a transport with your psycher he only can cast powers on the vehicle itself but not outside of it. Also if you happen to move first you cannot use any of the majority of powers (all of the buffs and de-buffs.

2. Hull Points make them way more vulnerable: So the big new thing is hull points. Now they are a good idea but it does make expensive behicles, like Land Raiders, very vulnerable to massed S8 or glancing weapons when previously they were not. So Psyflemen dreads who previously could not harm my precious Raider now can get mowed doen by a few of them. Now I will state long range or indirect fire platforms, like hydras and manticores, do have a place. Heavy support slotted vehicles tend to be of this nature but things like broadsides will always trump hammerheads any day of the week now.

3. You cannot get out of a vehicle, if it hasn't moved, anymore and assault: This means if your unit is inside of a vehicle you need to burn a whole turn before you can counter assault. So if you manage to get units in your opponents deployment with the intent to assault you are pretty much free to ravage things for a  turn beofre your opponent can counter your move by which time its too late.

4. You now only need a minimum of 3+ to hit them in Assault: No matter how far they move, unless a flyer, you only will ever need a roll of 3+ to hit a moving vehicle, so no more moving a veehicle bakc and forth 6 inches in order for you to need a 6 to hit it.....or even 6" in order to cause a 4+ to hit.....this makes vehicles way more vulnerable to hammers, fists, and melta bombs....

Now those four examples really do harm vehicles but there are some cool things that make them useful. Such as units can move 6 inches once disembarking so drop pods now can really be useful. You also can move a full 12 inches and shoot everything. Even though they are snapshots its still pretty cool. They also made moving flat out work like running so any vehicle can do it and it makes vehicles faster...Also I will not even touch on how good flyers are now as thats a whole article in itself....all in all I still find they are limited in use now.....time to break out my blob guard! more on this later....
Posted by Kevinmcd28 at 10:25 AM