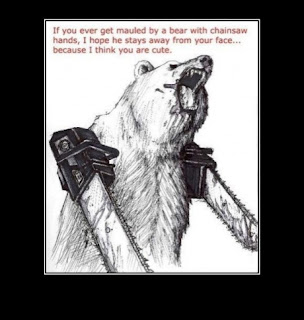 Hey all, so my competitive kick with the Vanilla Marine duel Raider list has met its end...sort of....with Templecon (I'll post my final run down on that coverage later). So now I am starting my ironic kick with the same concept list in the even better Dark Angel 4++ Salvo 24 bolter shot duel land raiders...Yet still I am picking up Eldar and am more excited to run some new xeno's army while I wait it out for another GT to be up on the block for me (Probably Connecticon and then Feast of Blades).

So in the meantime I am exploring my options for Eldar as my main force. So as I examine the parts of the Codex I would like to see myself make work I look at the venerable foe I run into a lot, The Warithlord.

Now every single time I have run into a Wraithlord I never use to have a problem with it. A handful of missiles and lascannon shots use to delete them turn one for me easily. Yet that was 5th and this is 6th which has a stronger emphasis on boots on the ground with S4 weapons. So with myself picking up a pair of these weird zombie robot/constructs from War of the Worlds I need to compare them to the other zombie robots I loved to run which is the dreadnought. So lets run through the basic facts and see who has an edge.....

The first main difference is the fact that the wraithlord is a MC while the dread a walker. yet with hull points they both have effectively 3 wounds a piece for the most part. Especially when we compare the fact that the toughness of a WL is 8 making a missile launcher wounding a wraithlord on a 4 and taking a hull point off a dread on a four. The Advantage of the WL in this case is the 5 and 6 could damage or explode the dread while the wraithlord will always be at full capacity. Without an ability to take off weapons a wraithlord is superior in all of these aspects. Also a waithlord has an armor save (3+) while a dread only could pop smoke once for a cover save. The WL can keep his 'tippy toes' in area terrain for a beneficial cover save while a dread needs to be obscured. Another edge to the Lord.

A dread is needs to take a DCCW to be S10 and can lose that weapon easily while the Lord itself always has S10 in close combat. The dread can also be immobilized bringing it down to rear armor for combat something a Lord will never worry about. Another Edge for the Lord.

A lord comes with options to take either 2 flamers or two shuriken catapults while the dread starts with a storm bolter that can be upgraded with 5 points to a Heavy flamer. The Lord needs to pay for another weapon but can take two or make the one  twin linked. All costs comparable the Lord has better weapon options and can take more for just as cheap of a cost of a Dread. So another edge to the lord.

Realistically they both move the same but a Lord might be slowed by wraith sight (making a SS babysitter a needed annoyance. Also a dread can take a drop pod for rapid deployment. This is the one obvious edge a Dread has over a Lord.


All in all the Lord seems slightly better than a dread. But they both need to be adaptable and useful in the list concept in the first place or they will not be worth it. I am experimenting with taking the Super LRC from Dark Angels and sticking my Lords near it to benefit form the 4++ bubble. Pair this with fortune and the S6 spam nastiness a Lord can dish out shooting wise at range and it can be a lethal combo making it worth the cost in the list.

In the long run the Lord is a fairly inexpensive MC (Can be very expensive although without temperance) and worth it over a dreadnought. Yet it comes down to the use in the list....more on this later....