The Sweet Spot for "Elite" Armies 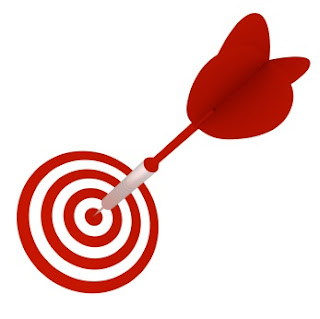 Now that we are in the midst of 5th edition with a nice collection of 5th edition Codices out already the older dex’s from 4th and even 3rd edition are being seen less and less.
Everyone knows the number one reason, points cost.
With the higher points cost of these older dex’s compared to newer ones, the common term for these armies is becoming the “Elite” Armies. Now I like to speculate into what lead to this terminology. An obviously higher point cost generally means the unit is better or more “elite”. You could also say, and I personally think this is the case, that these dex’s were from back in a time where min/max was king. This is when you took the very minimum troops choices needed and stocked up on lots of Elite choices for your competitive lists. Almost all of your points went into Elites, heavy support, HQ, etc with the minimum being used on your two, five man tactical squads in rhinos. This makes these codices the elite armies of 40k. Either way these armies do not have what is going for the newer dex’s, cheaper models. For example in my chaos Army (Which I will detail below) the basic transport I am willing to take costs me 70 points. This is a Rhino with daemonic possession and a havoc launcher. I will talk about why I take that composition in a future article. My point is that is not the best of standard transports in the game and yet I am almost shelling out 100 points for a tin can to hide my precious Khorne Berserkers in that in other armies can outfit almost 2 rhinos or a nice RB armed with some nasty heavy weapon.
Now for the purposes of this article I will talk, with going into detail with CSM because they are my current army, about the three most popular “Elite Armies” which are CSM, Eldar, and Daemonhunters (Grey Knights particularly). Now these armies all have some awesome units that can perform very well on the tabletop which is why you will still see them in tournaments, with GK to a lesser extent, and even win tournaments. Currently, as is the last time any list was made up of it, the codex that has earned the largest amount of “Golden Tickets” to the Vegas Championships next summer is CSM, not Guard or SW or even BA. This can prove that these dex’s are still competitive. Now, without me checking, I can almost guarantee you that a lot of the Eldar or CSM “Golden Ticket” winners won them in games in a particular points level. This points level is 1750, the “sweet spot” for elite armies.
Now to the point of my article, why do I consider this the “sweet spot” for “Elite” Codices? Well to put it simply it is large enough of a points level for any of these codices to put out an army large enough to fill all of the needs an army needs in a game of 40k without being large enough for your opponent to dish out so many models that they are hard to compete with. Also these dex’s were written in a time when the common points level and GT standard for 40k was 1750 so these codices were written for that points level. Anyway 1750 is just enough points to fill in all the gaps in the army. It is generally a comfort level for Elite Armies. At a larger points level there will be too many enemy models for your smaller force to deal with. You wreck a land Raider? Well your opponent brought another one. Killed a RB or two? Well he has 4 more. You can easily get the picture. At mid-small points levels gaps start to show in the list making for these armies. A critical area of the list becomes thin or non-existent. This leaves your army weak and easy for a 5th edition codex to rip you to shreds. Personally 1500 and 1750 are my two favorite points levels to play 40k at. 1500 for my Space Marines and 1750 for my World Eaters.
Now lets examine my 1750 point list for my World Eaters Army in the contrast to other armies (I’ll write an article on my 1750 point tournament list when I get around to play testing CSM enough as they are my new army).

At this points level I can fill out all of the major sections of the army. I have a good 5 scoring units in the list. I use the Khorne Berserkers, the Raider, and the Daemon Prince all as combination to form a loose death star pack (instead of a single unit). I have 2 units of Daemons as my “get things done” or “Objective Claiming” units as they sit on objectives that my berserkers have already cleared. My assault element is obviously my entire army. My shooting elements are thin but represented in a big Oblits unit as well as my defiler (I’m an old guard player, I love to have a battlecannon or two), and in my Land Raider as well. It is a very simple and to the point list yet I can cover all elements with a good degree of confidence. Will I alpha strike my opponent? Not a chance in the world, yet I can deal with just about any regular Joe in your local FLGS with this list. Compare this to your average Marine army and I have a similar amount of killpoints and models being put on the table. He may have 1 or 2 more tabletop “weapons” at his disposal yet I can say it is an even match at the least. Jumping this up to 2000 points there is not much more I can add, yet my Guard opponent suddenly has enough room to add another Valk and veterans demo team, or a couple hydras. It brings my opponents shooting ability up a notch while I really cannot add anything as devastating as he can dish out. You drop me down to 1500 points and I have to sacrifice a Zerker squad or another key part of my list. It makes me a little less flexible and that little less is really a whole lot. 1750 lets me get that flexibility I cannot dish out at lower levels. At higher levels other armies will just win a war of attrition or alpha strike me. The key point is flexibility here. I need enough to be able to work my army around something more than a one-trick pony type of list without allowing my opponent to get too many weapons that I cannot deal with it.

More on this topic in the future…
Posted by Kevinmcd28 at 7:33 AM