All things 40k Related and TempleCon Such things 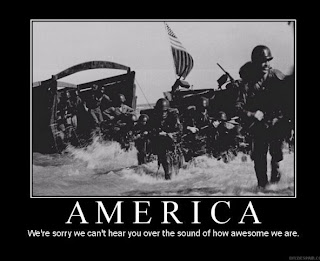 Hey all, I have had a lack of posting lately and most content is about Dark Eldar since I am starting an army of them. So far I have a Raider build/painted and a warrior squad build with half primed, half fully painted. I am itching to get these guys on the table by the new year. Most of my posts are theories and collected thoughts for DE so far. Thanks for the oppinions and comments on your experiences for the DE as they do either inspire articles or improve my own. If anyone has a written BatRep or would like to post here on thier tactics or army experience just email me at my listed email on the side bar. guest posts are always welcomed due to me being busy juggling college, my outside life and a girlfriend. =] Melon Head I've been waiting on your DE article for a month ;)

My other recent playing is my bringing out of the Blob Guard. It probably is my best current full tournament army and I do not use it enough anymore. I have only lost one game with the blob so far which is a lot better than my chaos at 1750+ point levels. If I can hit up a tournament or any other game before the DE get built/painted, which should be by TempleCon, I'll post up stuff here. It is an under-estimated army by those that have little experience playing or fighting it....its kind of hard to make a bad Guard list regardless (Yes I know there are bad guard lists before I get any comments on that). Expect some content with that and ignore my horid paint job on them.

TempleCon is just over 2 months away, if your order in advance oline I believe it is only $35 and $30 if your a student for the entire weekend of unending gaming/other events. If you get any loot what so ever it more than likely will give you back more in worth than your ticket, which easily will be payed for in the crazy ammount of fun you will have. SteamPunk is very popular too there if your into that whole CosPlay sillyness =] So go register and get event registered for! Ever sign up for an event and go down to view the tables itching for play but couldnt get it? That doesn't exsist here, if you show up at 2AM Saturday morning you can get a game in since the floor is open throughout the night every night of the Con! =]

The team tournament still has spots available. I made my Clubs team so I will be throwing down on that glorious friday night at TempleCon. Besides the Dice Devils (OSDD), Southern New England Gamers (SNEG), and Battle For Salvation (BFS) have all verbally committed a team to play as well as a few other regional clubs. For anyone in the Northeast its not all that far away if you can get 4 people to come up. If your FLGS would like to have its own team of local players this is also allowed. European Team Championships style fun.

As of right now there may be a small FAQ (Erratta's are banned from it so don't worry) of common sense stuff that is very small may be made to clear up some of the craziness people come up with is in the works but not a definate for TempleCon events. This is unlikely to be anything of worth and most likely will be Dark Eldar stuff if GDubs doesn't FAQ some of the contreversy popping up in the book, such as does the Duke need a warrior squad to be played as BoLS recently posted. Nothing game changing and obviously would be overuled if an official FAQ comes out, so don't worry DE players no one will NERF you if GDubs doesn't before Febuary 4th....

The Meat Grinder event I am running is still gonna be run, it will be a fun event mostly. Since I have to come up with a prize drawing prize support will be limited, I do plan on giving away some nicely painted/built/converted objective markers atleast. If all goes to plan we will make a nice display baord as the main prize. If you would like to sponser this event and give us a prize for it I'd love to work something out, yet again email me....and please attend the event, show upo anytime it is going down at TempleCon and you will get on the table as is the point of the event. Rules are listed in the forums of the TempleCon website.

Our Club is putting a lot of effort into the 40k events this year and we are putting forward all prize support from slim club funds. So make our efforts fruitful and come have a wicked fun time. At one point during the weekend, no specific event as of now, a Titan is going to be given away. Who doesn't want a Titan. I'd like to also thank all the local stores who have contributed prize support for the major events that we could round up. Putting forward the constant event schedule we have wouldn't be possible without you.

There is a Fantasy GT (Conflict GT) going on at TempleCon as well, we are not running it but its nice to see a GT in Rhode Island for a GDubs gaming system, as well as the worlds largest Warmachine/Hordes GT in exsistence. Heck even Maulifaux will be there, I might buy a maulifaux army off someone just to play it at the Con. Video game rooms also inhabit somewhere in the chaotic order of Cosplay/D&D and SteamPunk wasteland everywhere else....also there is a bar somewhere as well.

All in All it will be fun so come play a game or too with some good buddies, as my one friend says Rhode Island is the smallest state with some of the biggest personalities, even a Jersey guy like myself can't help it but love this place.