The Terror Bomb: My list's specific version of the Vampire Count fear bomb 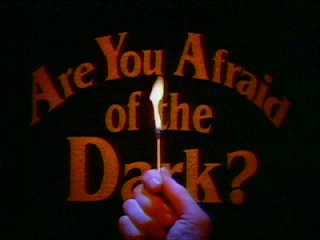 Off Topic fun fact: Seriously most of those^ shows, including the movie, are based of New Jersey myths, legends, and folklore. Also that show seriously made you $#!^ your pants sometimes if you are a 90's child like me
Ok all, I'm here again to talk about Vampire Counts. Now I know I am not the originator of the idea on the web first but reading through the Vampire Counts specific wargear and special rules a hugely synergetic combo pops out...and that is the fear bomb(I believe Duke or someone first posted about it but idk who coined the term). It is a general combo of certain vampiric traits and special wargear that force mots opponents to take a statistically impossible(well improbable atleast) to pass fear test. Now you can further the effects of the bomb by including the banner of the barrows and putting it in a GG unit. You can also give a special character in the unit glittering scales (lol sparkle vampires ftw? I feel my lord will somehow be named after twilight) to cause your opponent to hit the character on 6's. Here is my personal set up combination of a ogre blade-red fury lord and the fear bomb unit.
Lord.        Vampire Lord, lore of Shadows, level 2, fear incarnate, aura of dark majesty,
Red Fury, ogre blade, glittering scales- 420
Hero.       Wight King,  BSB, Screaming Banner- 119
Hero.     Cairn Wraith- 60
Special.       X25 Grave Guard, seneschal, musician, standard bearer, banner of barrows- 355
Now before I get the question I only have 25 GG in the unit to meet requirements for the Colonial GT's cap on the unit. Also I did not give them great weapons for one the unit is killy enough as is, and two by being such a small little hammer unit I need it to be a little more survivable with the +1 to armor and parry saves.
Still look at how this unit works. It forces you take a terror check (cairn wraith causes terror which is huge with all of the fear causing units that would ignore this in the game) on your unit at -1 leadership with 3 dice pick the two highest and if you pass the test you have to reroll it (because of fear incarnate, aura, and the wailing banner)...Then with the banner of the barrows if you fail I hit you on 2's while you hit me on 5's (6's if you attack the lord from glittering scales)....Also my now Strength 7 Lord with all of his attacks gets an extra attack for every unsaved wound (-4 to your armor save also). My GG still have killing blow with good attacks from my BSB and great weapon armor, armor ignoreing cairn wraith.... Shadows is honestly in there to cast mystifying miasma as my first spell to be dispell dice bait....also shadows is so common since it is such a good lore....oh and they all have regeneration from my mortis engine....
Downsides to my little deathstar? It is a lot of points sinking me 954 points! (&#@@#$!!!!!) Still in fantasy that kind of points generally goes to lords as they can be pricey and I would ask you to match this up against the majority of units and tell me it will not win most combats. It does rely a lot on invo repllenishing my ranks as I expect every turn to be having the kitchen sink thrown first followed by everything that can shoot in the shooting and magic phases. Now for question time I know I cause terror from the wraith....but would the unit take terror checks since the majority of the unit causes fear not terror?
All in all a beast of a unit and I love the synergy....thoughts?
Posted by Kevinmcd28 at 10:23 PM