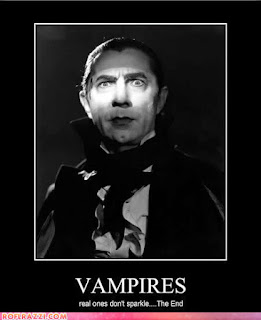 Ok Folks, Kevin here and I finally started playing fantasy. After a lot of friendly vetting with my FLGS fantasy contingent I am deciding to go with something that looks a little more like this. (Note I know posting your tournament lists online for some players is voodoo but my standard vaveats apply and I don't expect to win any games anyway)

Ok so here is my idea. I still use the skeletons as a delivering platform for my buzzsaw of a vampire lord. They still benefit from that terror bomb idea of mine....I would still like to play around with it. Also in this unit is a banshee to scream and benefit from the -1 leadership penalty on my opponent. This unit will also benefit from the master necromancers master of the dead ability to add more skelies. The other vampire is gonna go in with the Grave guard and the other banshee (also benefits from this vampires -1 leadership ability). Unfortunatly the GT's cap on unit sizes for GG makes this unit fairly small eyt I still include it to help take out any multi wound units. The unit cap is also the reason why they have shields instead of great weapons.....the unit would melt too quickley without them.
I originally didn't want to use zombies but they are way too useful to keep out. I start them at a low model count since they just get boosted all day anyway. I combined both ghoul units and decreaed thier size to make room for the zombies and other models. A unit of 30 is a lot more useful than 2x20 model units regardless. Now since hexwraiths have that nice vanguard move with the ability to march, if you keep them close to the general with his march move they can easily shoot past enemy ranks to hit up warmachiens and terrorize behind enemy lines. My one game with them proved their worth in this aspect. The corpse carts two boosting aspects are also very useful with this low initiative army that relies on invocation....both aspects the corpse cart remedies. Now the mortis engines magic boost is extremely useful. And if my lines break it makes an excellent hole filler. Yet really what makes this unit is useful is the regeneration benefits. Also the aura attacks, if the model is left unscathed, by turns 3 and 4 can be extremely devastating while my units in front hold enemy units down. The leach with its own banshee screams, and my actual banshees effectively leach my opponent while he is held down...all benefiting from the leadership negatives I give my opponent....I still want to include a spirit host as they are extremely useful...man I wish curse of the years still made units of them.....also a vampire with glittering scales as a joke to sacrafice

All in all I like this list. Submission date is tommorrow. Hopefully I do well....Another 2000 point tournament tommorrow with the VC....time to get ready
Posted by Kevinmcd28 at 11:51 AM