6th Edition, and The Death of a Pundit 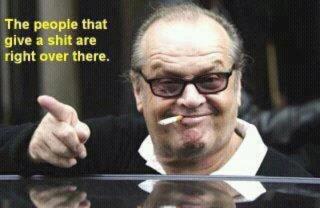 6th Edition looms just around the corner, and it stands to shake the game up considerably, most notably the WAAC tournament metagame the internet seems determined to build up and tear down in equal measure. We all know what meta is, but where does it come from? Locally it comes from your LGS and your hombres, but at large it's supplied and regulated by websites and blogs dedicated to list-building, codex and unit reviews, and incessant attempts to turn a hobby into non-stop nerd-elitist pissing contests. Lists are built, theories are expounded, egos are stroked, and the vast landscape of creativity that a hobby like ours could represent is reduced to a couple of dudes telling everybody they meet on the internet how all their lists suck before bro-pounding in the comments section.
Their articles are elaborate and thorough, their analysis is logical and sound, and their strategies are unquestionably effective. And in time their formulas and opinions began to shape the world, and a new breed of gamer was born: the netlister. They now had a dedicated fanbase hanging on their every word, building their armies upon the tenets of these internet voices. Emboldened by public support, they continued their academic approach to this game until eventually, the inevitable happened: they won. They figured out the game. They reduced 40k to an algorithm, and boiled it down to the basic principles of efficiency, redundancy, and flawlessly cold MathHammer.
But in their gloried golden days, their fifteen minutes, their halcyon days, the unexpected happened; 6th edition was announced. Undaunted at first, they continued propagating their pedantic pattern of proper protocol, until the rumors started to drop. Rumors of a drastic change in the system. Rumors of a larger element of chance. Rumors that the strength of their most lauded units and tactics would be made weaker. Rumors they could not abide. So what do they do in the face of a fundamental shift in their area of expertise? They choose to hide from it. To preserve their newly acquired royalty, they abandoned all credibility as analysts of this game by flat-out retreating into denial. That's their prerogative, of course, but it comes with a price. By shying away from the challenge of shifting their strategies and coming to terms with a new ruleset, they forfeit their clout. They'd rather wallow in their obsolete dominion like the sneering stone head of Ozymandias.
They are so arrogant and so afraid of losing their high and mighty station as the predominant voices of 40k internet authority that they just openly refuse to accept a ruleset change that could reduce their influence? Hilarious. Good. If they were half the analysts they make themselves out to be, they would be excited for a new set of paradigms to experiment with. Instead they're proving themselves to be no more than self-important trolls, who are clinging desperately to their shallow and tenuous grasp on the attention span of the internet, and who have been given entirely too much attention and license. They're the quintessential 40k pundits, and the game will be way better off with them in the background.
And maybe, if we're exceptionally lucky, they won't be replaced.

(Publishers notes: Ok Time for my turn to chime in.......and ruin the perfect grammer....First off between tthe two of us I have always been the more competitive tournament player while Marcus has been a more witty, fluffy player that also is one of the best tyranid players I have met yet he has never been focused on competitiveness. If you cannot tell what this^ is about specifically I tell you to go back under your rock {respectively}. Not only is the internet raging about the rumored changes but I just read some players are planning on, before the book even comes out, writing their own competitive version of 40k and not even give 6th edition a chance. Now I cannot say writing a home brew rules set is good but I cannot agree with this with the same reason I cannot agree with the INAT, not that I do not like the INAT and the organizers are extremely nice and talented, but face it.....they are not the makers of the game but are, in most cases, competitive players and should not be decideng what the legal way to play a game is...Face it guys, the design studio admits it. This is not Warmahordes....this game is designed for 1500 point fun play where you never see the same unit twice and lists are based on epicness and not competition. It is why GW is getting out of the tournament buisness....And really I could care less but COME ON THE EDITION HASN'T EVEN DROPPED YET! I have played through three editions right now and trust me I hated it when 4th edition came out. Yet I still adapted to the game. The point stated if a lot of the competitive players writing online they are hating 6th already I say a few things...one give it a few games....two if you don't like it play Warmahordes....and three if you are considered a 40k guru then learn how to be competitve at the new edition...Now I am saying if you want to write home rules thats awesome and hell I will play them if they are cool enough but dont threaten to abandon the actual game because the designers changed a few rules....and I have played two editions, they are the same game as the one I play now and not all that different except for a handful of rules...yet the same mechanics...5th ed. has been the best/most balanced edition yet yet I only see bright futures int he grim dark future- Kevinmcd28)
Posted by aurelius9031 at 11:32 PM