The Cost of the Game: Buying and Selling Warhammer 40k and its Worth 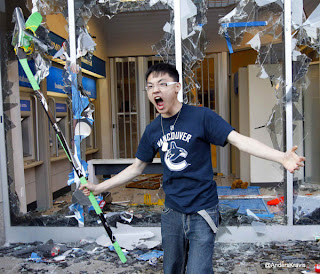 Hey all, its everyones favorite time of year again. First of all let me say stop complaining...

Really we are all a bunch of hypocrites but it feels like every single year around this time a price increase comes out and every moans and complains online about how they will "boycott Games Workshop, and shift to Warmahordes"...but then the next book comes out and we drool over the new models and put down 200 bucks for a new box.....No one ever boycotts the game so stop being a hypocrite....moving on!

Realistically this is a niche hobby....its not water, food, shelter, or fuel....so the company can charge whatever the hell it wants as long as people will pay...and they will...but in all of the moans and groans of buying new stuff we forget the good things about a price increase. Our old stuff just appreciated in value.

Now it may take awhile, but as I have been playing this game a long time I have had my original stuff from 3rd edition sky rocket in the 2nd hand market value. Think about it. When I first started my guard army in about '98 and '99 20 catachan models costed $20....The same skulpts from them, and they are the same, now cost around $45 NIB. If I were to sell the models online for 50% off retail I would still make a profit. I know it is a 5% or 6% increase every year but you got to think about it like a long term investment. I know a lot of players that only keep around 1-3 armies but own about 5 or 6. If you hold on to an army for 2 or 3 years and sell it online for a modest price you can easily get your money back and put it into the newer more expensive models. Now prices online depend on a lot as its hard to sell for retail. usually 5-10% off its NIB, if its built but unpainted maybye 15% off. Now if its painted that could either increase it back up to retail, or in  rare cases even higher, or even lower it down to its worthless. Heck if you bought a few raiders 4 or 5 years ago, same skulpt, you could have made around 30$ on each of them if you sold them NIB now. If you do want to play this gambling game of roulette you could uy some of the newer models now that are unlikely to get new skulpts for a long time and hold on to them for a long time and eventually maake a profit, but this is some long term stuff.

Yet realisticaly its a never really worth it to invest in new models to hold on to them to sell in the future except to reinvestment money into the hobby with new models or a new army.

Now I will not argue its tough to get involved, but really all hobbies are expensive to start up. Heck if I bought a cheap back of clubs and played golf 10 times this summer I would easily spend 400+ dollars....startup for 40k when I joined was around $200-$250. Now it is more like $400-$500. Yet this is still an investment because if you take care of the models it will decrease in value for a year or two and then will only appreciate. So lets try and think about it in that way. More on this later.
Posted by Kevinmcd28 at 6:20 PM