How to Win a Wargaming Tournament (40k mostly) 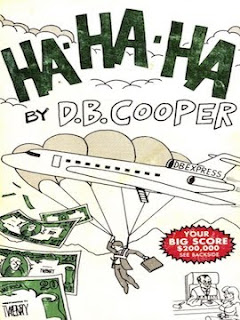 (The ultimate tournament winner, btw no one likes a braggard, so do not be one if you do win ;] )
Hey All, first off as a caviat, I am no great player, hell I consider myself mediocre or middle of the road. I have managed to win a few tournaments and placed at many more local RTT's but cannot manage to win multiple games at GT's for my life. Yet I still have a positive tournament record and have had one for the most part..... But I do have insight into the mind and method of the multiple-tournament winner. So this isn't me tuting my own horn because I lack a horn...so to speak to tute.

Anyway I can say that my few tournament 1st place finishes, and all of my podium placings, have all played out the same way. Here I will talk about these and others experiences to help out the average player like myself do well at tournaments.

The first thing you have to do is get a list for tournaments and stick with it. I know I have an issue with if I lose a couple games with an army in a tournament I already start building another out of frustration. You really have to stop this practice, as well as myself. Get a list and stick with it, refine it, and get experience with it. Most Tournament winners will tell you they probably play atleast one or two games a week before a tournament with their list. If you do not know how it reacts to everything then you will lose games. When writing a list clear, defined rolls are needed so you can react to any situation. Special places like cheap efficient scoring, solid counter-assault, and efficient long range shooting are all points needed. It is important to skip gimmics, or one trick pony lists. They may work in the RTT against the locals but if you match up in the final round against a highly experienced tournament junkie he probably has identified what your one and only plan is and will trip you up.....this brings up my next point.

I can say every tournament that I have done well at I got into a state of mind where I identified my opponents next move and countered it. By letting your opponent play into your hand and react to you is actually kind of hard to lose with the right tools. For instance one time I knew my storm raven blood angel opponent was gonna go after my land raider no matter what to get rid of the lascannons. So when I deployed I stuck it by itself on the opposite side of the board of my stuff. He took the bait and I shot down his ravens stranding all of his death star units in the line of my plasma cannons and counter assaults from my biker command squad. Correctly identifying an opponents stradegy is key to victory.

Be a good sportsman...yes this is very important since if you win and piss everyone off who will go to the bar for a victory pint of beer afterwards? it helps games go more smoothly and only makes people like to play you in games. Also if something sketchy or you get slighted a little let it go, this game is too small to hold grudges and I know sometimes that can be the worst thing you can do.

So in geneal find a list you like, mabye a good army project or a cool counts as list and practice the hell out of it. Know every single stat and stradegy behind the army and how it plays in all of the scenerios against all opponents. Where it needs refinement refine it for efficiency. remember a good list is determined by the player.....think Footdar is bad? Look at Greg Sparx or Reecius at Adepticon. Play a good spirited game where you know all of the rules and stats. Simple stuff like this could get you that coveted store cred and monthly bragging rights to your good buddies.....

oh and remember your lucky dice....that part is the most key!
Posted by Kevinmcd28 at 9:03 PM