1500 Point Tournament this Weekend at The Portal in Bethlehem, PA: My list and thoughts 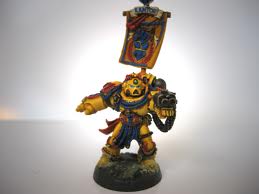 Hey all, so the first 6th edition tournament I will be attending, and first tournament in quite awhile, is this Saturday at the Portal Comics and Gaming in Bethlehem, Pennsylvania. I'll plug the store first since it is a fairly nice store and I have not been able to attend a tournament there in a few years. It is also the site of my first tournament win so it will be nice to get back in there again....best part is that it is free to attend. It is about an hour north of Philly and an hour and a half west of NYC....so if you are in the are you should come and attend. Here is their facebook page

Anyway so it is a 3 round tournament at 1500 points and I haven't attended a tournament there in two years so I have no idea what competition or lists I will face. Hopefully some of the players from the local club I play in down here will be attending besides myself as I know Marcus cannot. So I will be bringing my Codex: Space Marines with some Dark Angel allies. It is simile to a list I posted that I wanted to play a couple weeks ago....