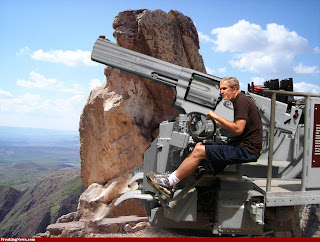 Hey all Kevin here to discuss the field of heavy artillery in the Imperial Guard book. I am on a little bit of a Guard binge right now as I am going to start using them as allies. So in this article I will go over the different pieces of heavy artillery and missile tanks available in the Guard arsenal. So let us get started with old faithful itself...

So what use to be the most popular piece of artillery from way back in the day. Comes with an earthshaker cannon which is a S9 AP3 ordinance large blast with a maximum range of 240" just in case you play on a 20 foot long table. It does suffer with a minimum range of 36" which severely makes it suffer for being almost useless in normal 40k. It also is only AP3...not AP2 so it cannot just vaporize terminators. I have one of these but I never will use it outside of Apocalypse in which case it becomes semi-useful. It also comes with the normal artillery upgrades available yet still not a very viable weapon in 6'/4' 40k

Next up is the Colossus which has a S6 Ap3 weapon with the same max range as the basilisk. Yet its minimum range is only 24" which does make it a lot more viable in normal 40k than the basilisk. Yet it must always fire indirectly so it makes no sense to use it outside of fighting horde 40k. It can take all of the basic artillery upgrades but still lacks a sense of viability in today's standard game.

Now we have the Griffon the lightest and cheapest of the artillery pieces.With a S6 AP4 weapon it is a lot more viable in toady's game with a minimum range of 12" yet only a max range of 48". It can only fire indirectly yet the real advantage of this vehicle is the fact it can actually shoot past turn one in today's game and it is only 75 points base so honestly it is only worth it if you have 75 points left and a heavy slot open. Yet this is not a list staple so I have never seen it in action personally.

Now this tank has gone through a Renaissance in 6th edition with the fact that any vehicle under the large blast marker, not just hole, gets a full strength hit and what a shot it has. With no minimum range and a max range of 36" it has a S10 AP2 large blast shot base...effectively a demolisher on krak. For a simple 5 points it can shoot a 48" range S10 AP1 small blast shot that can roll an extra D6 on the damage chart. Dare I say this thing is now a better tank killer than the manticore (since the manticore can only shoot for 4 turns, gets D3 shots but can roll low, and is only AP4 which took a hit in 6th for vehicle penetration). Without a minimum range this vehicle is a terminator squad killer. I plan on converting one up. It is only an AV 12 front vehicle since it is on a chimera chassis yet I can expect to see these a lot more in the coming months.Defiantly the winner of the artillery tanks.

Probably the more popular of the tanks in 5th edition it has its punch not only in its S10 rockets but the fact that each shot had D3 large blast templates come down. Now it is not as good as a tank killer as it was in 5th since it is AP4 which now makes it harder to blow up tanks get it is still useful. I would not use it as much in this edition yet it still has a place.

Probably the weirdest IG tank, I am adding this and the manticore to the list since they fit the same roll even though they are not artillery tanks. It has one shot, only one shot but that one shot if it hits can devastate anything with its one shot at unlimited range. When it lands, randomly, it hits with D3+3 blast markers which is fairly deadly. Yet it really falls down in the factor that once it is shot it comes down in a random turn so it has two chances to be useless. If it misses and if it comes at the worst possible time.

So all in all between the missile tanks and the artillery tanks the real winner in my eyes for 6th is the Medusa. A lot more useful and not all that expensive. Manticores are still useful but not as much in my eyes anymore. I do expect to see more of these big guns in an edition where a vehicle is really only useful as a flyer or  a back field fire support platform.... more on this later...

thanks for reading and please comment below and subscribe to be qualified for future possible giveaways and such. Thanks
Posted by Kevinmcd28 at 10:21 AM