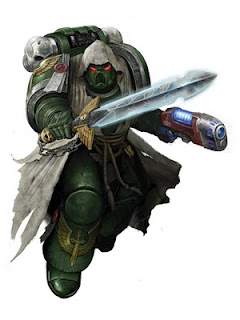 So Faeits is doign a good job with some great rumor postings, and as is typical on his blog some aanonymous posters add in some extra goodies. This is what they added on

Via Anonymous commentor on Faeits212
There was an iteration of playtest where you replaced only krak with flakk and was free. because there is no modelling difference, players could (without adjusting their list) swap to flakk when they saw / suspected lots of flyers.

In the end it was simplified to being an outright replacement of both for all missiles in the squad, at a cost to avoid the above. Either it's Flakk or it's Standard.

Flakk have also (as a whole) been reduced in effectiveness as they were Imperium only, and the GW designer involvement wanted to steer away from the Imperium having all the tricks.

If you want to take out flyers, you need to either run flyers yourself or dedicated units / vehicles that are ground to air.

This levels the playing field for all races who will each get at least 1 flyer, and 1 ground to air unit that can semi-function ground to ground.

Infantry just don't do that well against Flyers.

I think guard will get more use out of Flakk than Marines.

The Tempest which can come in squadrons and is cheaper than a storm talon though less versatile do an excellent job at shooting down Night/Doom Scythes.

Sorry no Storm Talon or Storm Raven for DA.

And the Helios' interceptor rule makes it really solid, since unlike the Hydra it can still shoot at light armor in the event that there's no flyers (or shoot light armor, then again in the enemy's movement phase).

Also, it can be taken as 1-3 vehicle squadron for 1 Heavy Support.
Yet lets first talk about the DA rumors. First of all Deathwing as troops does not come as a big shocker yet will they be able to be taken without Belial? Some confused posters seem to think Belial would be dropped yet we have already had a ton of rumors on him including a new finecast model with a poitns increase. So this I doubt yet if you could take deathwing without Belial this would help me out since I want troop deathwing in my Dark Angels force but do not want belial. I would rather take Ezekial and another epistolary libie with divination instead. Yet mentioning deathwing, assuming there is a character buy in, does not make sense since why would they not mention ravenwing as well?
Now the Tempest, from what I know, was a land speeder from Forgeworld so could we see the first of many flying speeders? It is interesting with rumors posting them to be in squadrons. Yet Skyfire/interceptor whirlwinds would be a huge boost as interceptor would make them an excellent buy. Seemingly a must take in most armies. Also I still am a fan of plasma predators and the plasma rennessaince deffinatly benefits from DA being plasma experts and the rules that come from it.
Flakk being its whole own missile launcher is something I expected. I would rather have a whirlwing with skyfire and interceptor.
Still an army based around a hybrid concept of AOTA seems best to me. Mostly deathwing troops with ravenwing support. a couple plasma destroyer preds and a skyfire whirlwind seems like where I am headed....more on this later.
Posted by Kevinmcd28 at 9:44 AM