How Overwatch Works: The reasoning behind my interpretation 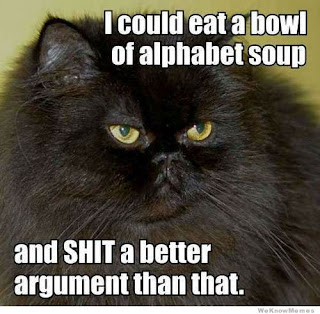 What everyone I talk to online thinks of my rules arguements haha ;)

gone back and retracted this months ago on the podcast since everyone was so butt hurt over it. I was reading engaged as being a requirement to be locked from overwatch but my play group and I were reading the rules wrong Didnt help that BFS judges agreed with me at the time lol

OK everyone, its been awhile since I posted anything controversial yet since it seems to come up every single time I go to play 40k and I seem to be getting a lot of flak over it I would like to talk about overwatch and why a lot of players are doing it right/wrong.... So first of all a caveat

There are many different groups and sub-groups of 40k players and in every region of the world/country there are different interpretations of the rules. I notice it every time I travel between my PA play group and my RI play group. It happens when you have a rulebook with tons of rules and it is not a big deal.By writing this I am not saying this is the only and right way to play 40k. EVERY single player I have ever personally shown this rule to and made my case why it works as I am about to state has always agreed with me after being shown the evidence including TO's of GT's including the rules judges at the Battle for Salvation. I am not an expert games writer nor do I have a telepathic connection with Mat Ward. It is just how the rule reads to me, and this rule is Overwatch.

My argument with this rule is simple,

As long as you were not still engaged in close combat from the previous turn and have not already fired overwatch you can still fire overwatch if a 2nd or more unit charges into them in the same charge sub-phase as a unit  they did not fire overwatch into has also charged into your unit.

Yet before we get to Overwatch we need to read the rules for the assault phase since they are changed. There are now Two sub-phases in the Assault Phase. The Charge sub-phase and the Fight Sub-phase. This is very important to my reading of this rule. These are to be considered to operate as two different phases inside of the assault phase of the turn. At the beginning of the assault phase you start the charge subphase which is very simple You declare charges, resolve overwatch, charge in models and repeat for every unit. At this point the Charge sub-phase ends. This is important as you then move on to the fight sub-phase.

OK so now on to the overwatch rule and this is basically the rule. You get to shoot when charged in the assault phase. Makes sense and it is based off an older rule from editions way in the past. This is how the rule works. Player A Declares Charge; Player B decides whether or not to overwatch; Resolve Overwatch; Player A rolls for charge range and moves in Chargers; end charge sub phase, begin Slappy Fight sub-phase...There is basically only one instance where you would not be allowed to Overwatch, and this is when the unit is locked in close combat or is engaged in close combat. So what is an engaged model?

An engaged model is a model in close combat....simple right? Well apparently not as when a model becomes engaged is only ever defined in the Fight Sub-phase. This is on page 23 of the BRB

A unit with on or more models that in base contact with an enemies...simple right and you should not be able to overwatch if another unit charges in if you did not overwatch already right?  Except there is a time issue here.

You are not expressly locked in combat until the Fight Sub-phase, All charges are done in the charge sub-phase. As it does clearly state that You Declare charges, resolve overwatch, roll charge range, move in models and repeat. Then you end the charge sub phase and go on to the fight sub phase. So there is a clear split in time between when you are locked in close combat and when overwatch is revolved.

Also a you do not decide who can fight until after each initiative phase in the first place. As there is a chronological order to this game. You cannot decide to go to the assault phase before your shooting phase. This game is clearly restriced in a time flow format that happens in phases.

Now I am not saying I'm right, your wrong, and if you do not play like this I will stick my tongue out at you and pop a fit. It is just how I read the rule and I have had people agree with me locally on this. It is a local interpretation of the rule and that's it. I always make sure if it is not someone I have played before if it will come in to play how they play this rule. If they do not agree with me I show them this interpretation and show them it in the main rule book. If they still do not think I am right I am cool with it and will play how they are use to playing it. Players usually tend to agree with me when I do show them it in the rule book and it has never been a big deal, heck half of the time it never comes into play.

I still do not consider myself an expert and I am not trying to step on any toes or be a rules lawyer, I like to play the rules right and like to be corrected but this is something I just seem to think makes sense the way I read it. I still think it needs an FAQ. Anyway I still take this game very laid back and am always trying to learn how to play it better and more correctly. So thanks for reading this whole thing and I hope it stirs up some good conversation on other rules being interpreted differently.. Still go into the rulebook and look at the rules through this interpretation and think it through....more on this later