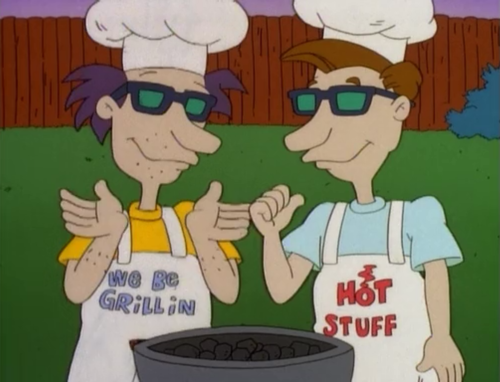 Hey all, so the new DA came out and its very different than we thought it would be. It is a very solid codex with a lot of buffs and de-buffs (which I like). I cannot use them at Templecon like I originally planned but I am noticing a similar list concept in Dark Angels to the list concept I am bringing to TempleCon, which is a
duel Land Raider+buffs based list. Here is the DA list I plan on playing around with for now

It basically is based around a few pieces of wargear. Number one is Azreal giving the blob a 4++ save and a basic immunity to running away. Next we have Power shield generators inside the land raiders giving them a 4++ save as well as a 4++ bubble for 3" to my tact marines surrounding them. I also have the command squad in one of them giving the hurricane bolters Salvo 2/4 (haha it is dirty but legal since hurricane bolters are defined as 3 TL bolters and not an actual weapon. So I basically can shoot 12 shots per bolter side twin linked.. I also give the marines themselves salvo giving me a lot of firepower. Ravenwing are for fun and fast scoring, libie goes with them. Also never leave home without your auspex, denying cover is an awesome non-psychic de-buff at our disposal.

It is a basic list and very similar to the one I will run at Templecon with Vanilla marines+eldar allies. Yet I believe this lsit would take the Templecons lists lunch money. Between LAnd Raiders with an INvul save, the current meta and in general a 4++ everywhere this list will work fairly well in todays meta in the northeast where daemons are around but a bit rarer in tournaments I attend (for no apperent reason btw)