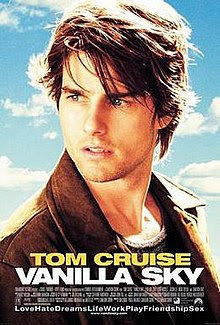 Ok so since the Skies Booklet release I have always wanted to run a Vanilla Skies list made up of 3 storm ravens and 3 storm talons. I feel this book makes this list more viable. Is it my tournament army out of the gun? No but I feel it eould be competitive. So here is my version of the list....

So first of all we go with Iron Hands for obvious reasons. It will not die on Storm Ravens/Talons is crucial if we want to run this type of list. Also the MOTF heals hull points as well as damage on a 3+ in Iron Hands with the Servo. I would want more techmarines but points dont allow it. Keeping the flyers alive is very important to this list. ADL to help get everything on turn 2 and scouts to be our units that have to start on the table and hid eon objectives.

This list is simple. Turn one the Sternguard pod come in and combat squad out and target any enemy interceptor units, then skyfire, then scoring as well as try to get FB. They are sacraficial in the run of the game but are crucial to the success of the list as getting rid of AA needs to happen for this list to function. This unit works well since it will always come in turn one before the airplanes. I would want to fit in more but points restrict it. Also I normally would say in the new book Legion do this job better but this needs to happen turn 1, hence the podguard. Turn 2 hopefully sees all, if not most, of the interceptor stuff dead so the Storm Ravens/talons target the enemy in the same order. Then the Ravens fly around the table and drop units off turn 5 on objectives.

Its a simple list concept and if I had 3 Ravens I would run it. It does have some serious counters and would have issues with a decked out AA Tau list especially yet I could see a list like this working at least in my local meta. I wouldnt be surprised if lists like this become more popular. It isnt the best the book has to offer but I would still feel competitive running this style of list....more on this later...