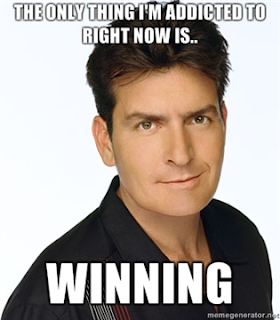 Ok here again to mash up a few thoughts about necrons after a few games against them...For one I probably will not buy this army atleast anytime soon this is just based of the facts, some playtesting and some hard thinking........For one they are a lot better on table than on paper (BTW the command barge is way worse on the table than on paper as its impracticle and hard to get off those sweep attacks and by then you get blown up and waste a good 175+ unit including lord..anyway)....After some thinking I will throw out the tournament list I'd be buying (as of a FAQ to back it up without a nerfing first) as of now.....first a list...(hmmm looks familiar to something a few posts back....)

Wave 1.) Scarabs and Wraiths/D Lord deathstar...honestly I do not need to talk about scarabs....although as my friend plays it, and I concur, the scarabs would attack upon the weakened armor not on the original armor (before entropic).....which eats any armor it touches....Also the scarabs tend to get knocked on the internet by only being beasts and not jetbikes but that 6"+ D6"+12" assault is pretty quick...but they cannot go up levels in ruins which is kind of funny...regardless a tough and fairly fast unit without the spyder adding more to the front congo line shenanigans which will get FAQ'd obviously fairly soon...The wraiths and the D Lord just pillage anything they tend to touch.....the whips as well as mindschackle scarabs realisticly makes this unit win every single combat no matter what.....Now Wave 2.) The wall of Spyders......these monsterous creatures of course do thier spawning thing pumping out up to 9 scarabs (realisticly atleast 7) a turn.....This wall of spyders, by being monsterous creatures, forms a wall of very hard to kill models with very good mop up potential.....they also screen Wave 3.) Which is all of the warrior units each with a cryptek with an eldritch lance to fire off some odd S8 shots at vehicles as they move as well as the Stormlord with the Chronomotron cryptek just in case we lost the thing that really makes this list scary....night fight.....night fighting is key as it makes the first wave almost impossible to stop (realisticly it gets into combat usually by turn two....at most turn 3....regardless the solar pulse is there to make sure it continues so that by the time its gone your opponent is missing most of his army...Also the 4+ to sieze thing...yep..some might complain that the msu warriors is too little but by being the least threatening unit....as well as being behind a wall of monsterous creature cover....these guys will not take too many shots if any at all.....All in all this list is a machine of optimisiation...it is very scary and I would buy it now if I had the funds... something similar to this will deliver us our first reported Necron Tournament wins..speculation away....this of course has my flavor added by having the wraiths and D Lord instead of more scarabs but thats my spin.....more on this later.....