40k Lists: The Art of the Blob Guard 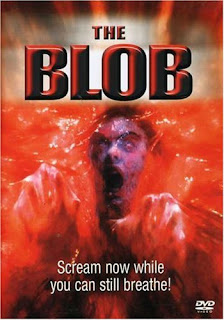 In the day and age of the Leafblower and Mech IG lists we tend to forget about thier occaisonally seen little brother, The Blob IG List. Now I have used this list too some tournament success and I do have a fairly well record with the few times I have used it. (3-1-1 I believe in a competitive format, I did'nt keep any track of other games with it although) With the only loss coming from playing another horde army in a tournament and having the game end after 2 and a half turns. I was set to table him as well. The one draw I had killed every enemy unit but a single Zoanthrope. I can easily say althought that I have never been in a dire situation with the army that I was not comfterable that I could not win.

Now first of all I didnt want to buy any new models for this army, it was an old 3rd/4th edition guard army. Plus I like Leman Russ's and how they play. FlyGuard dont mix well with blob anyway. I'd personally rather have better weapons load outs with the vets squads being filled with melta and plasma. I would also like a mix of melta and flamers in the blob. The punisher was used because this tournament was right after nids came out. Half of my old store played nids. It was a useful gun to have. With Guard ordinance rules with Leman Russ's as well as the demolishers abilities in Guard make it much more useful than a vindicator.

So how I would play it. The blob would deploy right in the middle dominating the middle of the board with flamers up front of the missiles. 30 extra wounds that I did not care about made this a very annoying unit. The Lord Commissar would join this unit as well. Demolitions veterans would deploy and generally run up and suicide themselves against my enemies best unit with the hellhound. Grenadiers would guard an objective. Straken would counter assault. Tanks would come on and sit behind everything support. The beauty of this army is that with that massive guard unit sitting in the middle of the board theres not much your opponent can do. It is very hard to just kill that unit outright in assault. Everytime I had it get assaulted I would just stick combat the entire game and eventually win. I even beat about 20 hormigaunts and 8 genestealers, as well as a tervigon once after 4 turns when Straken joined the combat. Now that was probably a favorable assault to me with some poor enemy rolling but the point is the same. This unit is very hard to kill. I would also keep this unit half in cover always to get a cover save. shooting is useless on this unit when properly spread out and in cover. your opponent always seems attracted to this unit leaving the Tanks alone. Sentinals would just snipe units with the snipers in the CS FYI. Marbo assinates enemy characters and just annoys my opponent.

This is just the type of army you can face and really have nothing you could do against it. It is just in the nature of a unit that large. The one way to defeat this unit is to have a hard to kill unit stick with the blob guard unit to tie it up and then go after the rest of the army.

So why is'nt this list used that often? Well in the nature of 40k in the US with small terrain pieces and Alpha strike being the key to victory in hyper competitive tournaments the leafblower takes the pedistal as well as its ugly identical twin Mech IG and FlyGuard. All 4 of these major IG lists are all competitive so do not rule out seeing the occaisonal blog guard army out there. I would like to see varient of this list do well in the GT scene, although it probably will not happen this edition atleast.
Posted by Kevinmcd28 at 12:45 PM