40k Editorial: The Impact of 3 points over (Rant alert) 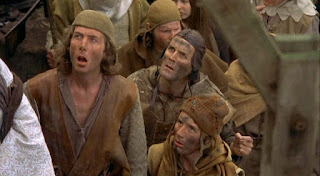 Oh the drama we must make as a bunch of Nerdy Guys playing with Plastic Toy Soldiers. (That picture is very appropriate, if you dont know what it is why are you playing a tabletop wargame?)


Ugh I didnt want to include drama on this blog, but for this weeks editorial on the community I guess I better comment on it... It is really belated although

Is 3 points over all that much? (This is about the Nova Open drama if you haven't noticed)

In a way yes it is. I dont know how many times I needed to cut out 7 or 8 points and had to drop that 20 point powerfist because I had no room anywhere else. That powerfist could have killed the model I needed to win the game.

So honestly yes 3 points can be a lot. But you are all fools!

Yes I called you all fools. Tell me you havent written an incorrect list at some point or another and let it be truthful, because I know you have...

Hell I do it all the time, thats why almost every other game I audit my list, going through it and I almost always find that I did'nt factor a pice of wargear in, or out, when I added or took something out of my list.

And even Army Builder isn't perfect. I've seen errors in thier lists sometimes. (although not as often)

Does this mean we crucify someone who won a GT with an incorrect list. I doubt he was laughing maniacly over his geniusly evil 3 point over list before the event. Or after it was approved. I saw the final table online live as well as the awards. He didnt jump up and down laughing about how he cheated to victory and beat them all.

yes it probably pissed off some fat guy in his basement somewhere who lost a GT.

So who do we crucify? Mike Brandt for a small error?

He really ran an awsome event from what I heard/saw. I am also sure next year each list will get more scrutenized.

Do we shun the "3 Point over Guy" or more preferably "That Guy" (as he will now no doubt be called one of "those guys") just because he is that guy?

Do we ban him from our GT's?

Do our clubs hold small soda sanctions on him in our FLGS?

Do we start podcasts on how we should revoke his Vegas trip?

Don't tell me that you would've won the Nova Open and can not win one of the other scores of GT's with Vegas Tickets to be given out. Get a grip buddy....

Prove this was done maliciously and then lets talk but until then people remember... We are all playing with toy soldiers here. What is this High School drama all over again?

And The guy who won? He is welcome in my clubs store anyday and in our tournies all the time. We can have a good time gaming and not go nutz on him.


ugh hopefully no more on this later, get a grip people. Now lets get back to some real 40k related stuff. I also got to pack for College tommorrow and play 2 games AND make BatReps so Idk if ill get to post the reports tonight but I will by friday atleast.
Posted by Kevinmcd28 at 7:46 PM