The Newly Released BRB FAQ Broken Down: Are Dark Eldar Screwed Yet? 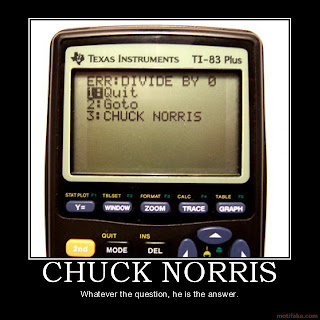 ....well not really, just noticed a BOLS article and decided to dive right into the FAQ to find anything that will hurt DE....This most notably showed up....

Q: If a transport vehicle is destroyed in the same turn as it moved flat out what happens to any embarked models? (p70)

A: They are removed as casualties.

So how would this effect DE, well in a huge way if you interpret the rule wrong, Gdubs needs to FAQ this FAQ. IF you read the BRB everytime a turn is mentioned in a rule it means the player turn unless SPECIFICALLY stated as game turn. Most people don't understand this point. It can be annoying. So this rule does NOT mean that if you destroy my Raider that went flat out in your shooting phase you kill all the wyche love inside. This is talking about Ramming which the rule was ment for but also effects Dangerous terrain being failed as well as the oddball scattered weapon of yours. Blood Angels will have a much more problem with this than DE unless you really want to go flat out into a ruin and smash your Raider on a wall....

Now that was discussed a lot on BoLS so I wanted to get that one out there first and foremost. Erratta time...


Page 71 – Ramming a skimmer.
The first sentence should be changed to:
Skimmers that are not immobilised or stunned may try to
dodge […].

Nothing much to point out, this can effect DE if you already immobolized or stunned any of thier vehicles and have a Raider or Vindi without a gun. This means something since DE want to avoid ramming at all costs, regardless of a shock prow or not...

I just think this is hilarious that no one noticed this before lol, I so would have been deploying my khorne berserkers along the middle of the table....there was another part about spearhead being amended as well GDubs...oops lol


Page 41 – Multiple Combats, Attacking.
A third bullet point should be added, as follows:
• Models that at the beginning of the combat (before any
model attacked) were engaged with more than one enemy
unit, but were in base contact with just one of the enemy
units, must attack that unit.

this is something I have been argueing that they needed to erratta for awhile now, this FAQ is pretty good so far.

Eat your heart out Dean lol, I have an FAQ now to prove why I argued this before...


Q: Who gets a cover save when two units are
intermingled? (p21)
A: The unit with the model closest to the enemy that is
firing does not have a cover save.

These shenanigans have been going on for awhile now, thanks GDubs, are you reading this Simon? You and your shenanigans... ;)

I know some of you guys needed this badly. Its nice to see this changed....hooray for Oblits living longer!

Except for what the rulebooks deem as not getting a bonus attack such as a single handed powerfist, LC or thunder hammer? So what does this mean for the old rule. This is a contradiction....So yes power weapons can get an extra attack for those of you denying it...


Q: Can a model use a psychic power that is not a Psychic
Shooting Attack if it is embarked in a transport vehicle? (p50)
A: Yes. If the power requires line of sight, this is still
worked out from the vehicle’s fire points (this will count as
one model shooting through that fire point if the power is
used in the Shooting phase).
If the psychic power does not require line of sight and has
a range or an area of effect that is normally measured
from the model using it, these are measured from the
vehicle’s hull, as explained in the Embarking section on
page 66.

Q: Can Psychic powers be used on a unit embarked on a
transport? (p50)
A: For simplicity’s sake, the answer has to be a firm ‘No,
unless the psyker himself is in the unit being transported’

AKA we hate you Doom, but we knew this already.....


Q: If a vehicle has a weapon with a limited amount of
shots, and it has none left, for example a hunter-killer
missile that has already been fired, does it count as a
weapon that can be destroyed by a Damaged - Weapon
Destroyed roll on the Vehicle Damage table? (p61)
A: No. Once a weapon cannot possibly fire again during
the battle it is effectively destroyed as far as Damaged -
Weapon Destroyed results on the Vehicle Damage table
are concerned.

Does this mean that each weapon destroyed result against a manticore takes off a single missile each time it is rolled until they are all gone, or all at once? hmmmmmm


Q: Can smoke launchers be used after a walker makes a
Run! or consolidation move? (p62)
A: No, they can only be used in the Movement phase.

There were people using smoke after consolidating? i have seen people doing this after running


Q: Must passengers fire at the same target that their
vehicle is firing at? (p66)
A: No, they are a separate unit (albeit they are temporarily
co-existing with the vehicle) and so can fire at a different
target.

Theres a reason this is red, people have argued this with me before. So "AHA!" 's and "I told you so" 's can now be yelled if this wasnt already clear enough....


Q: Can a vehicle that is moving on from reserves perform
a tank shock? (p68)
A: Yes it can, declare the distance it is going to move
along with its direction and move the tank onto the board
that many inches, measuring from the board edge as for a
normal from reserve. The tank shock is performed as
usual. However, if the tank is forced to stop for any reason
before the entire vehicle is on the board then the vehicle,
and any embarked units, count as destroyed and are
removed from play.

This awnsers your question Dean, We were right. =]


Q: If a skimmer is immobilised in its own Movement phase
whilst moving flat out is it still destroyed? (p71)
A: Yes.

Q: Does a unit with Stealth that is in the open have its
cover save improved from none to 6+? (p76)
A: No, there must be a cover save to start with for it to be
improved.

hmmm interesting, I've been wrong on this, but Im guessing if you go to ground you still get a 5+ since you get a 6+ cover save by doing it. I wonder how this effects camoflauge netting....


Q: If only some of the models in a unit have the Stealth
special rule, does the whole unit benefit from the +1 cover
save? (p76)
A: Yes. In effect the ones with the Stealth special rule
ensure their colleagues also find good places to hide.

So I never have to buy more than one camo cloak ever? hmmmm interesting

So I can now start my speeders or Raiders in impassible terrain according to this rule? This is such a contradiction to a part of the FAQ earlier......lol


Q: If a unit is in reserve, and it has an ability that occurs at
the start of a turn can they use that ability on the turn they
arrive? (p94)
A: No. Unless specifically stated otherwise.

Andrew this finally awnsers that fortune question we had in that tournament back in April, So you Eldar players no fortune when you come out of reserve anymore...

and last but not least this humorous piece....


Q: Am I able to gain the benefits of any of my opponent’s
wargear or special rules, such as Teleport Homers, Chaos
Icons, Tyranid Synapse, Necron Resurrection Orbs etc?
A: In most occasions this is clear, as the rules use the
words ‘friendly’ or ‘own’ to indicate your units, and ‘enemy’
for the opponent’s. On the other hand, some rules clearly
specify that they affect ‘friend and foe’. A few rules are,
however, slightly ambiguous as they don’t clearly specify
this distinction. As a general principle, we recommend that
you cannot use or gain the benefits from any of the
wargear or special rules of your opponent’s army, unless
specifically stated in the rule itself (‘friend or foe’) or in an
official FAQ.

This is kind of a joke, they are recomending things not delcaring them so we can choose to ignore this I guess.....this is really a joke because they are telling us to check the official FAQ when this is the official FAQ........Oh GDubs......

So are Dark Eldar screwed? Not really unless you plan on moving flat out into cover with your Raiders/Venoms......but still..... more on this later....

Everything in color was quoted from the following link....