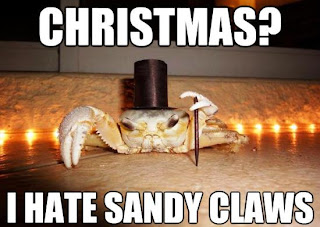 Well lets examine the past. A year ago from about now GK was released. At this point everyone hated/feared Space Wolves and IG. About 40% of the attendants at the first Colonial 40K GT were Space wolves or Blood Angels. Whispers came that Tau were to come and maybe even Eldar or CSM. Who the Hell thought anything about Necrons and Psyfleman Spam? I remember talking with club members a week after the book came out about how GK dreadnought spamming was gonna be extremely good and they dismissed it. Look at where we are now. Everyone left the SW bus for the GK one. We are on the brink of a new edition (apperently). What will happen in the next year?

Personally I would not be surprised if Chaos comes out with the new edition while the next few codices will be Orks, vanilla marines, and eldar.....What?!? you might say. GW will never sell as many tau models as they will compared to all of the above codices. They never have a new edition without, historically, vanilla marines coming not that long after, or atleast fairly close to the date. It is the flagship codex for the game. At one point all those silly power armored chapter codices were all included in the vanilla marine one. But those were the good ole days for me I guess. None of these codices are left behind around the 2 year span, in both directions, for when a rulebook comes out. Tau are a nice back burner codex to release right before the quarterly figures come out to show promising growth...nothing more. Yet would they all be in a row like this? I doubt it. I just would not besurprised if they did all come out relatively close to each other...eh lets throw Dark Angels in the mix as well.

My question is, even though we do not think of it now, what will we be facing one year from now? Especially with the new rulebook being released and a fairly 40k free past year (except for Necrons).
Posted by Kevinmcd28 at 12:09 PM